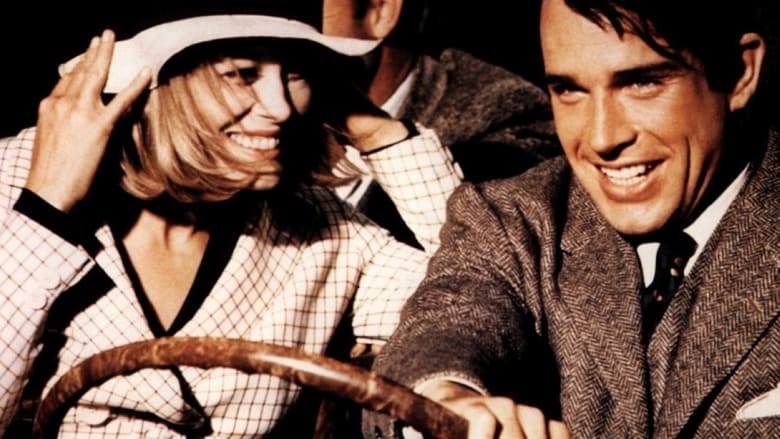 "One time I told you I was gonna make you somebody. That's what you done for me. You made me somebody they gonna remember."
Bonnie and Clyde were a criminal couple that became notorious for their robbing and killing sprees during the Great Depression. But aside from their criminal exploits, the couple and their gang became known for the glamorization of their lifestyle by the press and the public.

Arthur Penn's 1967 film follows the couple (Warren Beatty and Faye Dunaway) from their initial meeting to their ultimate demise at the hands of the police. In between, we get to see their love and struggles, the gang they assemble, and how they "perfected their craft" (for lack of a better phrase) from stealing gas stations and convenience stores to robbing banks and murdering cops.

Overall, the film is engaging. The pace is good, and the performances are pretty solid; especially Beatty and Dunaway. Unfortunately, there are some misses in the execution, particularly in how Clyde's brother, Buck (Gene Hackman) and his wife are integrated into the group and the plot, and how Frank Hamer (Denver Pyle), the policeman that relentlessly pursues them, is used.

The other issue I had with the film was with the editing, which I found to be distractingly bad at times. Despite being pretty well directed, the cuts between shots from time to time seemed to be frenetic and unnecessary. I'm surprised to read that the editing was praised and awarded because there were times when it took me out of the film, instead of dragging me in.

Despite those flaws, I really enjoyed the film. Did it glamorize the characters of Bonnie and Clyde over their victims and pursuers? Yes, but I think you can see that it is ultimately a story of loneliness and desperation more than it is one of "glamour". Maybe that's what people will remember.