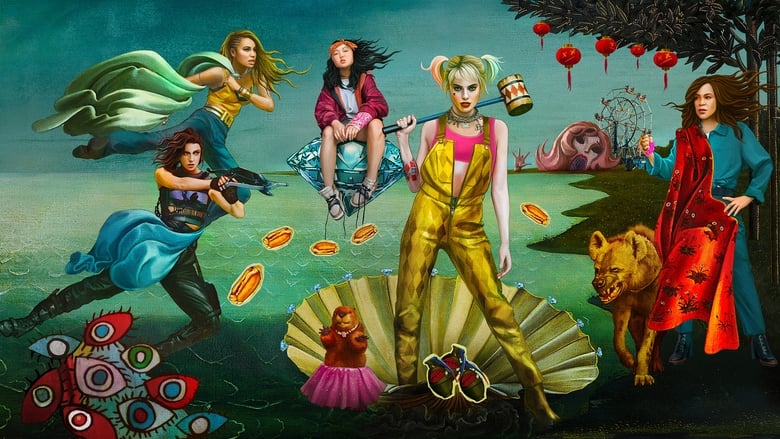 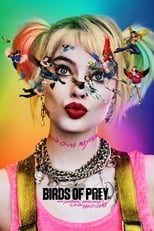 Theme: Break-up films.
Basically how we chose these movies is if the break-up is taken out of the film, will it be the same or different? If it's the same, it's not a break-up movie, if it's different, then the break-up was essential to the story and it counts. We use that rhetoric for all themed movies, so that means Die Hard is a Christmas movie, case closed.

Onto this one. Spoiler Alert, The Joker and Harley Quinn break up. This propels the story forward as she blows up the chemical plant that changed her life forever. She views that place as "their place" and with blowing it up, it sends a message to all the low-lives in the city that she is no longer protected by the Clown Prince of Crime. So now every hoodrat in the city is after Harley, including the insane crime kingpin Black Mask.

Suicide Squad was a disaster of epic proportions. The one saving grace from that film was Margot Robbie killing it as Harley Quinn. This time around, she serves as a producer and no longer has to wear those skimpy outfits and have gratuitous scenes of her getting dressed. This time around it's the girls who are kicking asses and taking names.

Toxic cotton candy colours litter the screen in Birds of Prey. Simple explosions come out as pink and blue giving the film a unique visual style. We are now in her world and her world is bubble-gum poison. Robbie gives Harley Q a voice, and as producer here, she helps create a vibrant style that failed so hard in Suicide Squad. I think of this movie and I remember a lot of it, I think of Suicide Squad and I remember is Cara Delevingne awkwardly waving her arms and body around in a dance move that was her trying to summon some powers?

The humour hits more here, the story is clear and the film has some amazing villains portrayed by Ewan McGregor and Chris Messina as a so obvious gay couple. McGregor is having a blast playing the over the top villain that takes people's faces off if they cross him, but is grossed out if there is a snot bubble from a weeping victim. Messina is Victor Zsasz and he plays him with a mumbling intensity that you won't soon forget.

The film has a lot of missteps. The fight choreography is redundantly bad. Everything feels dialled down a bit and calculated. We can see every movement that is about to be made, this happens when you have actors who are not trained go in and do the sequences and not have their stunt doubles take care of it. The climax of the film takes place in a fun house and the fight sequences happen on some trampolines, so people are flying all over the place to hide the fact that it is bad. Another misstep is Rosie Perez.