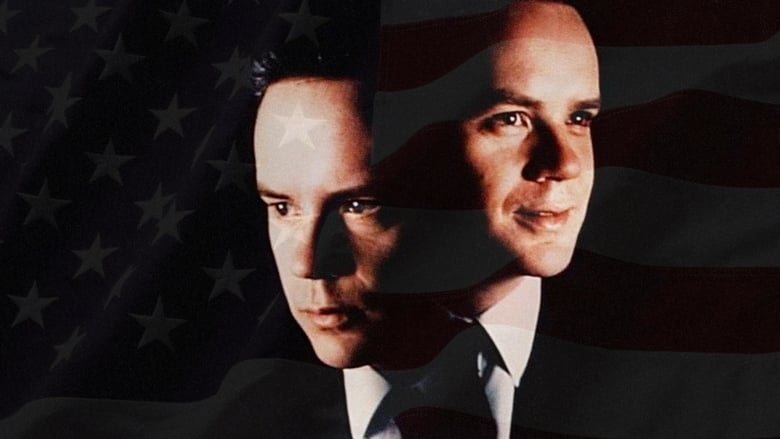 by Gideon58
posted on 11/10/20
in
Bob Roberts
The insanity of the 2020 presidential election motivated me to check out Bob Roberts, the scathing 1992 cinematic rendering of Tim Robbins' political conscience that provided riveting and squirm-worthy entertainment thanks to razor sharp direction, a balanced and intelligent screenplay, and some serious star power committed to bringing this surprisingly realistic story to fruition. 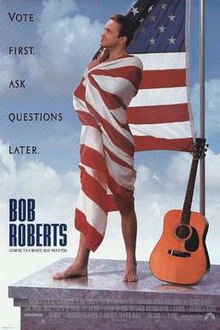 Oscar winner Robbins wrote, directed, and starred in this biting satire about a folk singer who uses his popularity as a recording artist to launch a campaign for a seat in the United States senate. Shot in the form of a documentary, the film chronicles Bob trying to bring his folksy right-wing policies to the forefront of voters while trying to hide from a radical who has uncovered Roberts' possible involvement in an S&L scandal that could destroy Bob's shot at a senate seat.

Robbins really knocks it out of the park here and after what we've been through this year in politics, has suddenly become more timely than ever. The "mockumentary" is a sub genre of film that most associate with Christopher Guest, but Robbins takes it to a whole new, more realistic level here. And he actually does it in a completely fictional context without naming any names and protecting the innocent. As a matter of fact, I was amazed that Robbins' screenplay never utilizes the words "republican" or "democrat". Whether this was a way to spread blame equally for the political climate in 1992 or just a way to cover Robbins' ass, who knows for sure. Some might think the screenwriter is a little overprotective of its star, but that's for the individual viewer to decide.

Robbins' direction is a crucial element to the success of this film, featuring some brilliant camerawork, with Oscar-worthy use of the steady cam that keeps the viewer inside the campaign while simultaneously keeping the characters onscreen aware that they are in the middle of a documentary being shot by someone named Terry Manchester (Brian Murray). There are several moments behind the scenes where Bob is with his staff and we see them sneaking peeks at the camera that ring true, as well as several moments where staffers demand that the cameras stop rolling. The fact that there was only one moment in the film where Roberts asked them to turn the camera off was impressive.

Robbins also impresses with his musical talent, allowing his character to sing several songs that were also written by Robbins and his brother, including "Complain" , "Retake America", "I'm a Bleeding Heart", and "Wall Street Rap."

Even with all the hats he was wearing here, Robbins still manages to turn in a charismatic performance as the title character and has a solid supporting cast behind him. Alan Rickman and Ray Wise are superb as Robert' top staffers and James Spader, Peter Gallagher, Helen Hunt, and Robbins' real life girlfriend at the time, Susan Sarandon also appear as news anchors. There's also kinetic turn from Giancarlo Esposito as the radical trying to bring Roberts down. And if you don't blink, you'll also catch glimpses of John Cusack, Kathleen Chafant, Harry Lennix, and Jack Black along the way. Legendary writer Gore Vidal also impresses as Roberts' greasy opponent. Tim Robbins utilized solid skills as a filmmaker to bring his political voice to the screen.
» More about Bob Roberts
» More reviews of Bob Roberts
» More reviews by Gideon58