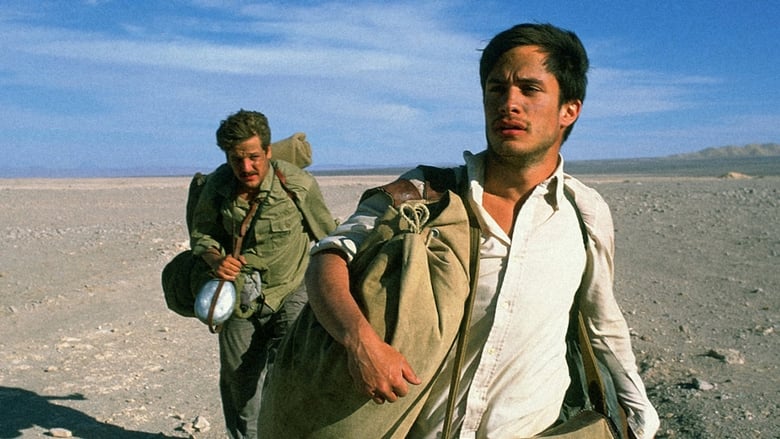 by aronisred
posted on 11/07/20
in
The Motorcycle diaries

Two medical students, Che and Alberto go on a cross continent trip across South America and the living conditions of people there changes them both forever.

From what I heard, Che Guevara was never a politician. He was more of a revolutionary. Just as any other revolutionary he met an early death as well. But compared to Fidel Castro, he was less political and more of a people's person in the truest sense of the word. So a movie about him and his inspirations is something worth making.

I am gonna be honest, I didn't watch this movie because of Che. I watched it because of the arc of the story that I read about before watching the movie. So my intention is to see if the promised arc was achieved or not. So basically the arc is of a transformation from a mild mannered medical student to a revolutionary. It is easy to get confused between a revolutionary and dictator. But a true revolutionary can never be a dictator. So transformation from a mild mannered medical student to revolutionary is easier to achieve than to a dictator.

So the movie starts with che and alberto starting their journey on an old motorcycle carrying lot of supplies. The movie has scope. It successfully captures the length and breath of south america. Their motivations behind the trip are simple. Just a pair of young students volunteering to help patients further south. They just want to see the world while they are young before settling in. They make various pit stops along the way. The idea is that through their journey they see the harsh reality of the world they otherwise would never have come across and this transforms Che into Che Guevara, the world famous revolutionary. So the movie is only as successful as how convincingly it can sell the transformation. That's exactly where the movie falters. It's top notch in all other areas except this.

The tipping point for his transformation is after witnessing a group of patients suffering from leprosy, a non contagious disease are isolated in an island when in fact they are the actual owners of the land by birthright. They have been pushed away and segregated from the rest of civilization in their own land. What complicates this is, we don't really see the oppressors throughout the movie. All we see are oppressed. So for someone like me who is not well versed in south american history it's really hard to see what about that motivates him to be a revolutionary. Yes, US is fighting south america at that point but we don't really see american presence. What we really see is just villages will poor living conditions. There is no gut punching emotional scene in the whole movie. Thats a big negative. Rest of the elements are good like the locations they travel, the atmospheric nature of south america, the breathtaking scenery, the change in landscape and interesting stories along their journey. Even the opportunities for emotion is all there in the movie. They come across lot of people in poor living conditions. It's just that, there is something off with the script in emotional content department as it relied on quiet transformation when in fact the occasion calls for a little more overt transformation. From his performance, we don't really understand what set him off. Its just a quiet timid guy on a road that sees something very bad and the next scene he is off to the join the revolutionaries. His friends reaction when he is leaving is good but its unearned. There are quite a few crucial unearned moments that just drain all the emotion from the movie.

As far as road movies that involve characters transforming through the journey is concerned this is at the top of the list but it really doesn't have much of a competition. But on the basis of what it set out to do, it's missing some very key pieces of the puzzle.
» More about The Motorcycle Diaries
» More reviews of The Motorcycle Diaries
» More reviews by aronisred