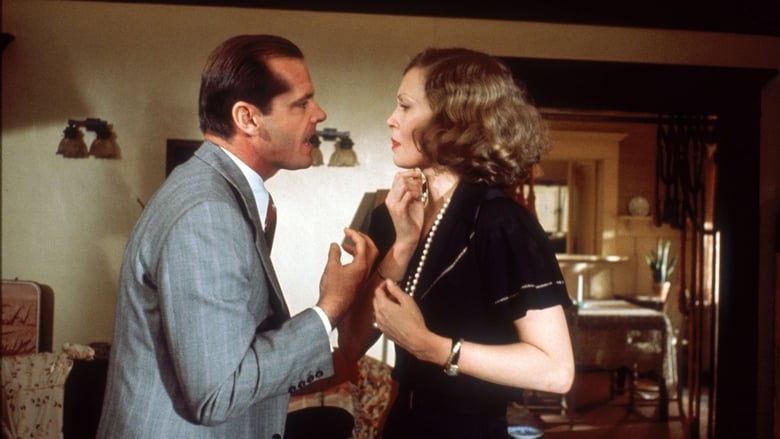 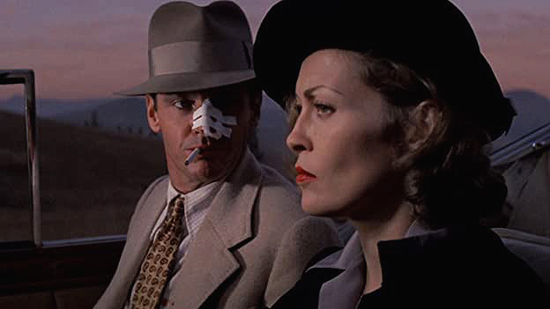 
I enjoyed the film, but to be honest I was underwhelmed. I don't think it's a case of too high of expectations as I was expecting this to be middle of the road for me. I've seen a couple of post-noirs made in the 1970s and they've seemed like a lesser copy of the greatness that was American film noir in the 1940s-1950s. So I think it's near impossible to duplicate that film noir feeling that came out of the post war era.

Luckily for film noir buffs, the 1980s & 1990s brought a new fresh style to film noir that no longer was emulating what had been done before. A good example of those proto-noirs are some of the fine works by the Coen Brothers.

Anyway back to Chinatown, which btw, I was disappointed that as a plot device it was an empty promise as we don't really get anything about Chinatown....I did however like the movie and thought Jack Nicholson was perfectly cast as a 1940s hard boiled detective. I'm not a huge Nicholson fan but he was well suited to the role.

I can't say the same for Faye Dunaway, she was lacking. She never really connected to her role and gave the film a needed oomph! I didn't find her dangerously sexy, or icy cold, or cunning or manipulative. I didn't have much of a reaction to her at all. She's not bad, but she's a pale femme fatale compared to the greats of past noirs.

What I loved most was the utter perfection in the set details. I looked in the corners of the scene, I checked behind the actors to see what was on the wall or in the cupboard. I watched with a peripheral vision as Nicholson drove his sleek convertible down the roads of southern California. And in all that snooping I never spotted anything that did not look like the 1940s to me. They got the period down pat.

What I really disliked was the rushed ending that felt like a writer's conceit, where everybody is on the same street corner at the same time...then someone says the cops are on the take. Really? there was no story line about the police covertly hindering Nicholson's investigation. The end scene was way too brief with little pathos and not much emotional pay off. John Huston's reaction to being shot almost made me laugh...and that made the ending of our femme fatale seem not all that import to me. Afterwards I read that the director Roman Polanski wrote the last scene.

It sounds like I hate Chinatown, well I don't.