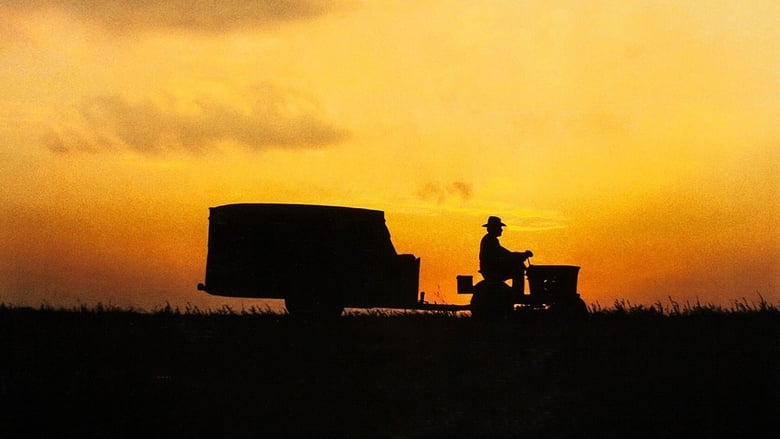 by Gideon58
posted on 7/06/20
in
The Straight Story
The Straight Story is a warm and engaging fact-based story that chronicles an unbelievable journey that works thanks to an amazing performance from the leading man sensitively guided by an unexpected source in the director's chair. 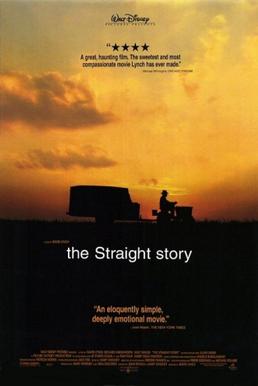 The 1999 film introduces us to Alvin Straight (the late Richard Farnsworth) who learns that his brother, Lyle, has had a stroke and decides to journey from Laurens, Iowa to Mt. Zion, Wisconsin. in order to mend fences with his brother before it's too late. Everyone in his life is thrown, including his mentally-challenged daughter (Sissy Spacek), when Alvin decides to make the journey on a riding lawn mower with a small trailer attached. 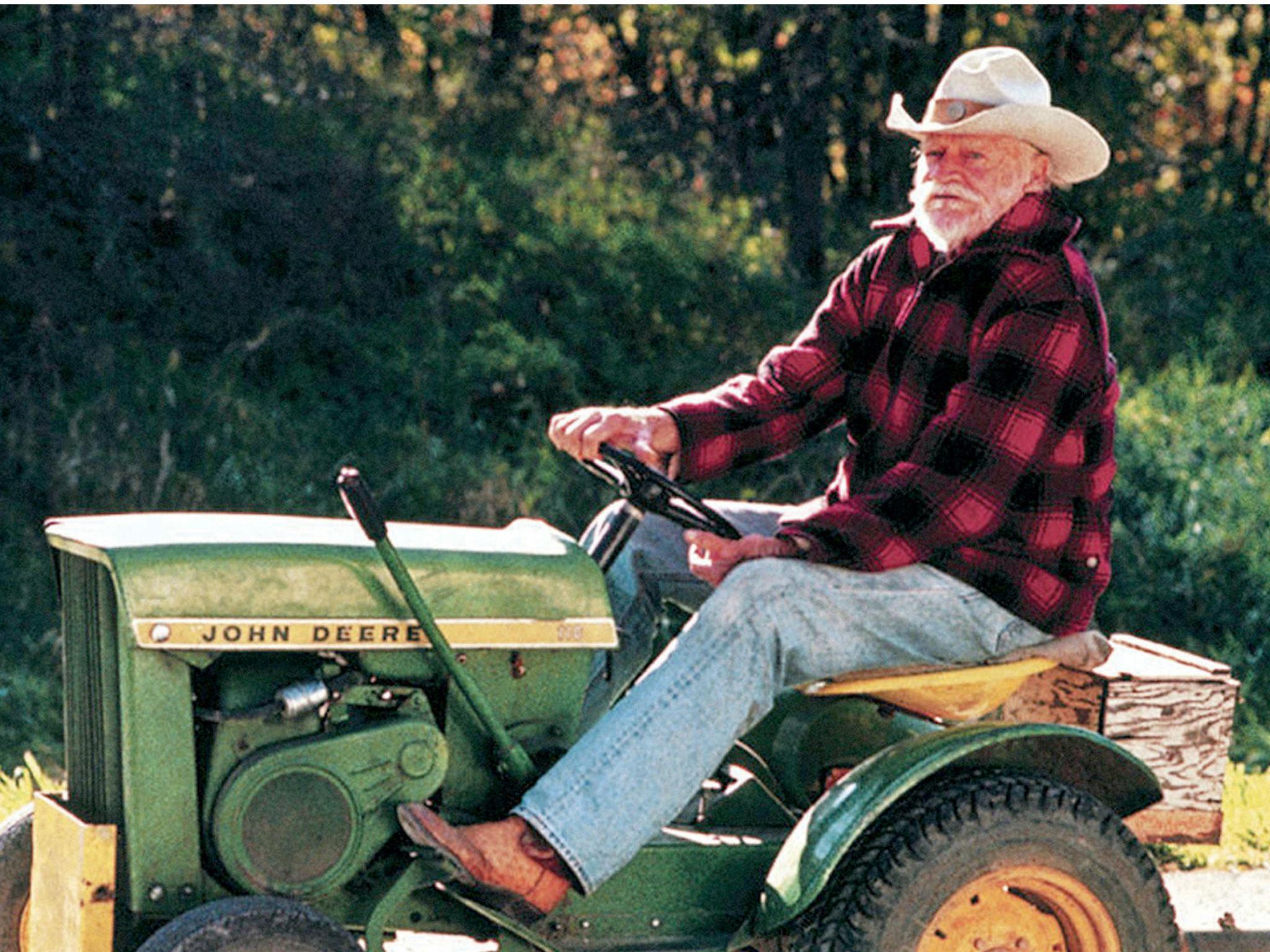 John Roach and Mary Sweeney's efficient screenplay provides just enough exposition and backstory that we need before this remarkable journey begins. We learn that Alvin's health is in a serious decline , that he can't drive because he has no license, and that he wants to make this journey alone. At two different points in the film, he is offered a ride to his brother's and he politely refuses the offer.

Director David Lynch (The Elephant Man, Mulholland Drive) has mounted a beautifully photographed travelogue in the form of little vignettes that make up Alvin's journey, some are the expected adventures we would expect from such a journey. It was particularly amusing when he has a run in with a hysterical motorist who has just hit a deer with her car and, of course, the expected breakdown of the mower where we are led to believe that this mower will never make it to Mt. Zion. Lynch manages to keep an, on the surface, mundane story riveting by the sensitively framing of this wonderful central character, a guy who is angry, but not in denial, about being old, but vividly remembers every detail in a scene where he is reminiscing about his time in the military. 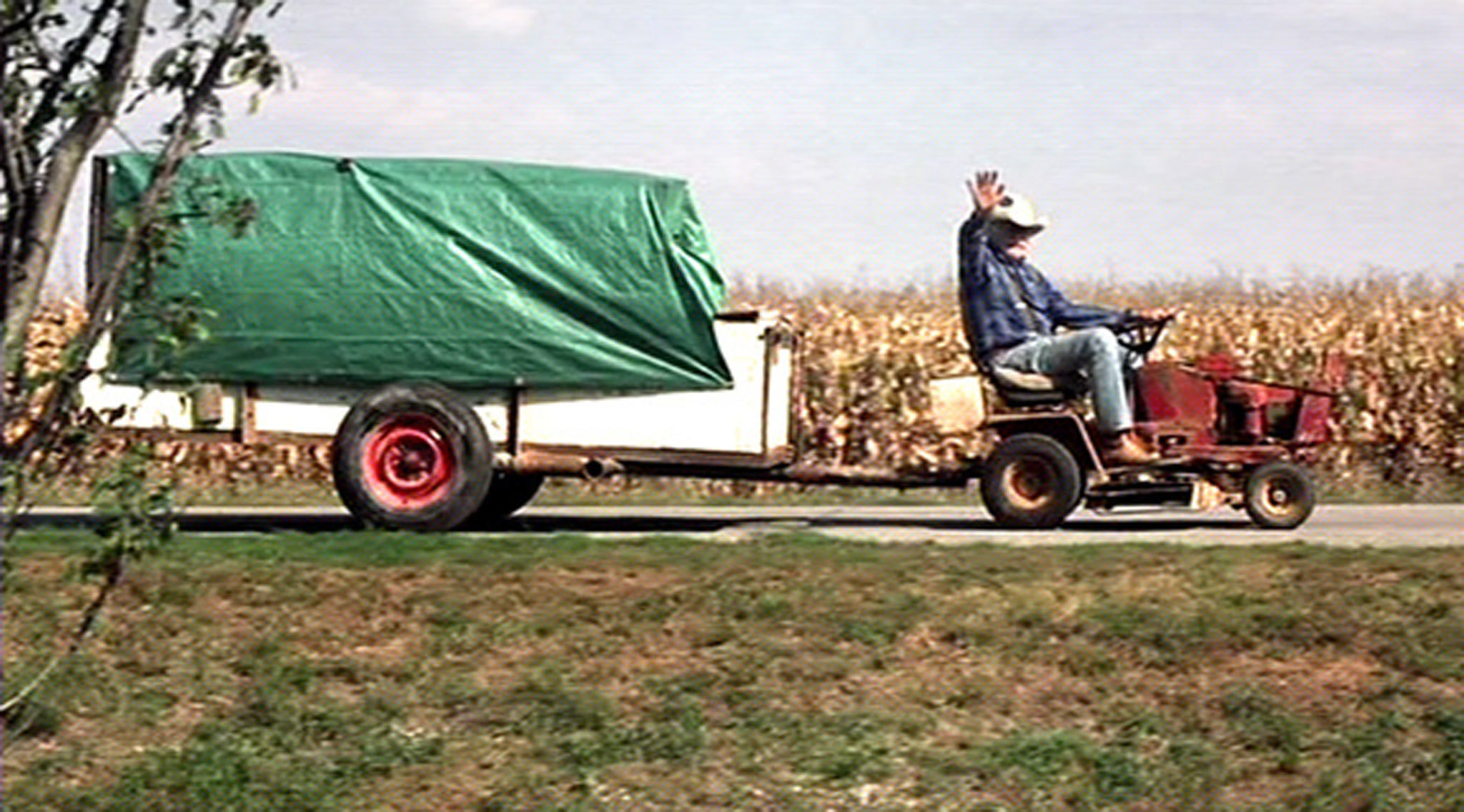 Very impressive that an extremely theatrical director like David Lynch could provide such loving and simplistic direction to this quiet story that actually does provide a couple of detours we don't see coming, even though, for some reason, from the minute the film begins, we never doubt that Alvin is going to get to see his brother. Richard Farnsworth's achingly real performance as Alvin earned him an Outstanding Lead Actor nomination, the oldest actor in Academy history to receive a nomination in the lead category and Spacek's work as his daughter is equally splendid. The actress takes a slightly different tack at playing a mentally challenged character that was wonderfully refreshing, but it's David Lynch's simple and sensitive mounting of this story that really makes it work.
» More about The Straight Story
» More reviews of The Straight Story
» More reviews by Gideon58