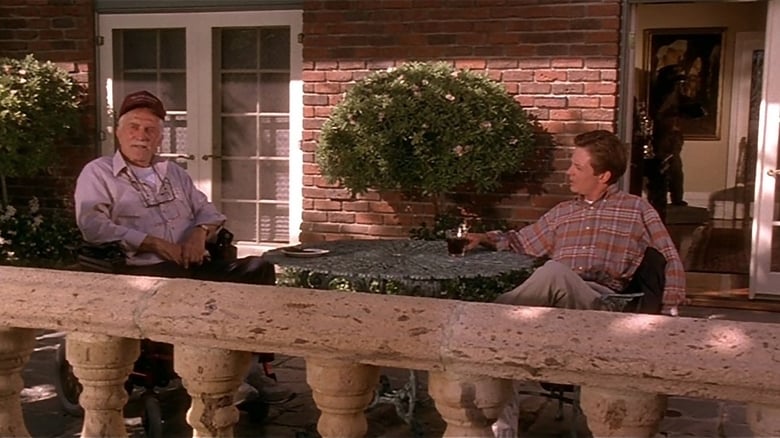 by Gideon58
posted on 5/16/20
in
Greedy
The screenwriters of Splash and the director of Clue collaborated on a loopy 1994 black comedy called Greedy, which is well-acted and directed but the all over the place screenplay filled with fuzzy character motivations make it hard to call this one a direct bullseye. 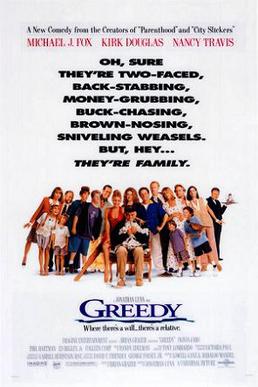 The late Kirk Douglas stars as Uncle Joe, a billionaire who has a bunch of grasping, greedy relatives sucking up to him, waiting for him to die. When Joe hires a pretty young thing as his nurse, the family is afraid that she is after his money so they hire a detective to track down Danny (Michael J. Fox), Joe's favorite nephew who turned his back on the family years ago to pursue his dream of becoming a professional bowler. Danny finds his own motives in question when he finds himself trying to stop a manipulative gold digger from taking his uncle for all he has. 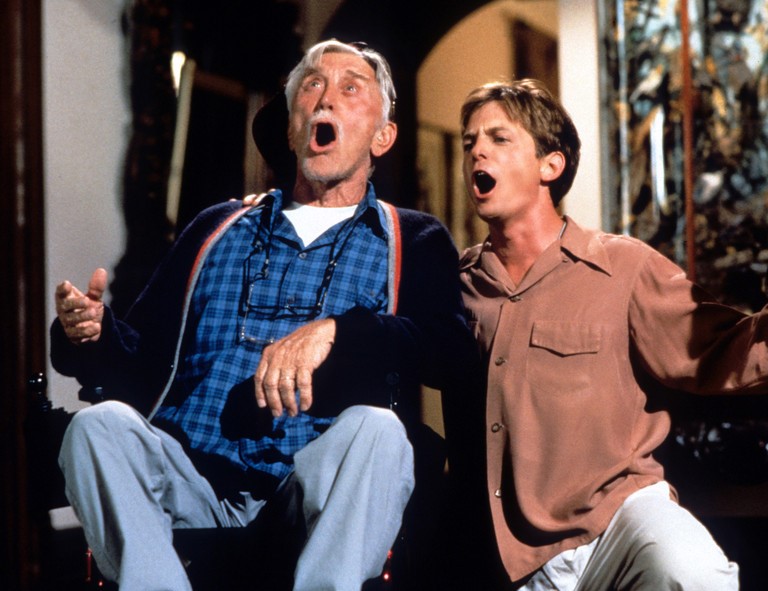 Lowell Ganz and Babaloo Mandel have proven their screenwriting skills with films like Splash and Parenthood, by seem to have gone overboard in trying to provide a twist to a well-worn cinematic premise. The opening scenes introducing the bloodsucking family members are very funny, but once Danny arrives on the scene, everyone's motives come into question, especially Danny and Uncle Joe, leading to a third act plot twist that renders everything that came before it pointless, though it does manage to wrap for a dandy finale. 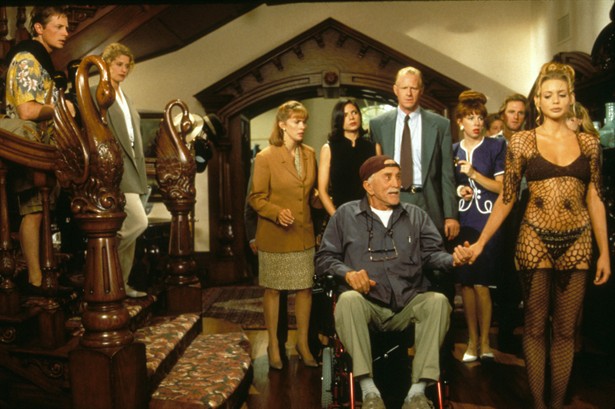 Director Jonathan Lynn does keep a tight rein on things that keep the story in a realistic vein despite some of the outrageous goings-on. The cast is first rate with excellent performances from Douglas and Fox, who work surprisingly well together. The late Phil Hartman steals every scene he's in as cousin Frank oh, and by the way, that is the director playing Uncle Joe's butler, Douglas. This one gets an "A" for effort, but the screenplay is just a little too messy for my tastes.
» More about Greedy
» More reviews of Greedy
» More reviews by Gideon58