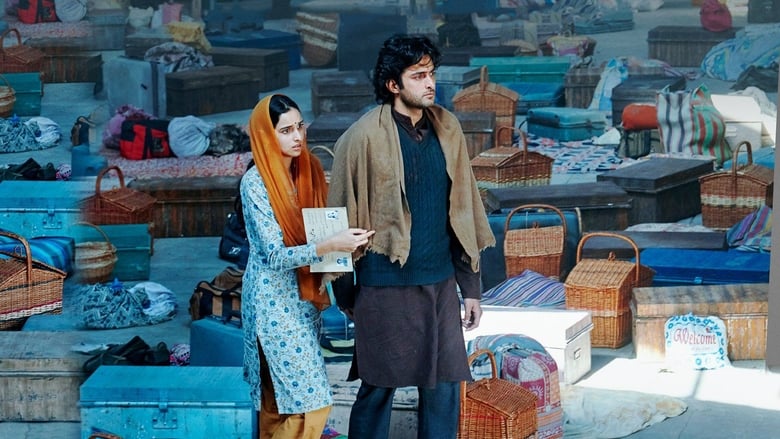 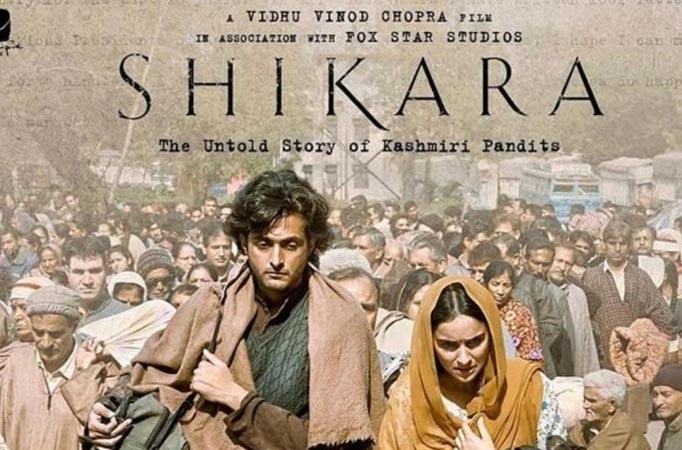 'Shikara' movie is a beautiful love story full of old world charm....of two nice good looking people getting united in holy matrimony and living the rest of their lives in love with each other....of caring for each other and never leaving each other till death does them part....of sharing the joys and heartbreaks together....but sadly today's generation may not want to see it in that way , because it is set against the backdrop of a long running conflict that has torn such emotions from the hearts of those on either side of the conflict .

Needless to say it is another movie on Kashmir , the war torn region that arouses strong passions everywhere in the subcontinent ; passions that do not allow space for softer emotions like love . Yet a film maker of Kashmiri origin ( Vidhu Vinod Chopra ) has tried to make a love story stand tall in the midst of conflict .

Kashmiri pandits ( hindus ) Shiv Kumar Dhar ( Aadil Khan ) and Shanti Sapru ( Sadia ) fall in love during shooting of a film in Kashmir and get married with the help of their muslim friend Lateef Lone ( Faisal Simon ) who is himself in love with a hindu girl named Arti . They build a lovely house called shikara ( named after a type of houseboat that is used for sailing in Kashmir's lakes ) and dream of a future together . But as the muslims of Kashmir get radicalised and many of them start making trips to Rawalpindi in Pakistan , the whole future of Kashmiri pandits comes under a cloud .

The couple are warned by their milkman that muslims are eyeing their house to be taken over from them , and this should have warned them about the impending kickout of hindus from Kashmir . But the naive couple remain in their own world and blindly trust their muslim neighbours' claims that they will protect them even after hit lists of hindus are posted on street corners . Their friend Lateef has already got radicalised after his father got shot by government forces during elections and has joined Pakistan backed terrorists . Lateef warns the couple to sell their house while they are getting a good price and leave . But the couple do not think about selling their house even decades after they have been forced out , such is their old fashioned longing for their heritage .

This brings us to the exodus of the Kashmiri pandits from Kashmir . Certainly the movie is most effective in showing the atmosphere of fear and terror in which the community was forced to leave . The sadness of leaving one's own land , the misery of living in squalid refugee camps , the callous attitude of officials in charge of resettling them is all well shown . One particularly troubling scene shows hungry refugees running after a truck desperate for the meagre amount of eatables being distributed to them . In the first half such scenes make the movie certainly gripping .

But in the second half the movie becomes more of a love story rather than a real account of what Kashmiri pandits had to endure . The violence unleashed against the community is not really shown and the movie then becomes typical Bollywood emotional fare about how the couple never gets communally affected against any religion even after what they have gone through and how the hero still remains attached faithfully to the memory of his muslim friend even after Lateef admits to have mistakenly killed the hindu girl he loved in the midst of his involvement in terrorism .

The heroine's name Shanti was also the name of the director's mother who never was able to return to her homeland after being evicted from it , and you have to watch the movie with the mindset that the director wanted to make a endearing and enduring love story set in backdrop of Kashmir in order to enjoy the movie . I changed my mindset accordingly and was able to enjoy the movie . Others with a harsher reading of the situation may not be able to enjoy it .

The pain of having lost their homeland is writ large on the faces of the lead pair throughout the movie , and their acting is sincere and their endurance in the midst of despair is heartbreaking . Songs and background music are good and help in making the film an emotional journey . Photography and colours are okay . But those wanting a less emotion tinted and more reality based version of the truth to be shown on screen will be disappointed . It will however appeal to those with a yen for timeless romance in times of adversity .