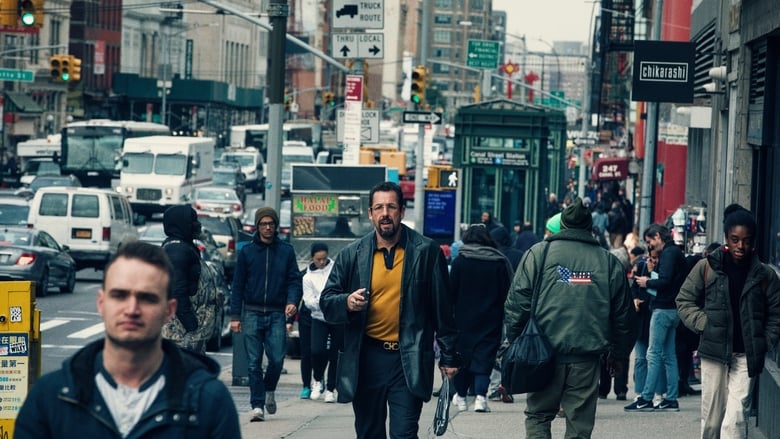 by Gideon58
posted on 2/05/20
in
Uncut Gems
A blistering, raw nerve of a performance from Adam Sandler that should have earned him his first Oscar nomination is the centerpiece of 2019's Uncut Gems, a caustic and claustrophobic combination of character study and crime drama that blend to startling effect thanks to a story that actually has a spark of originality, some inventive camera work, and a dazzling performance from the leading man.

Sandler commands the screen as Howard Ratner, a brassy New York City jeweler, gambler, and womanizer whose balancing act of his professional life, his family, and his gambling debts may finally find a solution through his acquisition of a rare opal from Ethiopia that has actually caught the eye of NBA legend Kevin Garnett, whose superstitions about the gem's power motivate his dealings with the slightly greasy Howard. 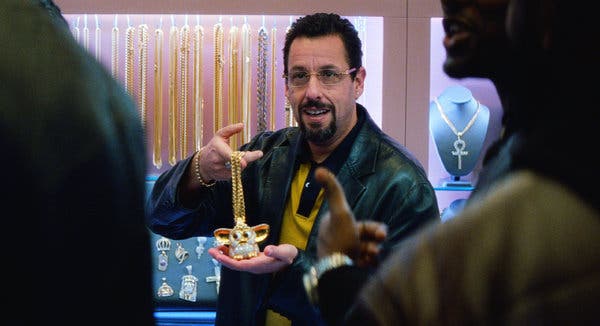 Benny and Josh Safdie, the creative force behind the middling Robert Pattinson crime drama Good Time, are at the helm of this singularly unique cinematic experience that looks like a crime drama on the surface, but, at its essence, is really a character study revolving around a man in a business that really has never been explored with the depth that it is explored here, who has allowed his business to swallow up the rest of his life, to the point where his life is spent atop a razor-thin tightrope that leads to several different facets of his life that he struggles to keep separate but as we meet this character mid-crisis, we realize that keeping these lives separate is becoming impossible.

This Howard Ratner character is fascinating and instantly likable, primarily because he's at the center of what seems to be an important business and seems to be very knowledgeable about jewelry and gems, but is equally clueless about the rest of his life and it is this startling dichotomy that makes the Howard character such a riveting film subject. The blend of his wiseguy lifestyle and his knowledge of gems and their worth is an intoxicating combination that puts the viewer behind this character, And because of the business he's in, simple props and set pieces take on an added importance in this story, simple things like electric doors that can only be opened by buzzers become major parts of the story.

More than anything, it is the dazzling performance from its star that made this film more special than it really is. This is Sandler's best performance since Punch Drunk Love and I think it's criminal that he was not squeezed into the lead actor category this season. I can't say who shouldn't have been nominated because I have only seen three of the nominated performances, but Sandler's Oscar worthy work here is what keeps the viewer's attention and I have to admit that Kevin Garnett impresses in his third film appearance playing himself. The Safdies work always features superior film editing and this film is no exception, not to mention some head-spinning camerawork, but it is Adam Sandler's performance that raises the bar on this one.
» More about Uncut Gems
» More reviews of Uncut Gems
» More reviews by Gideon58