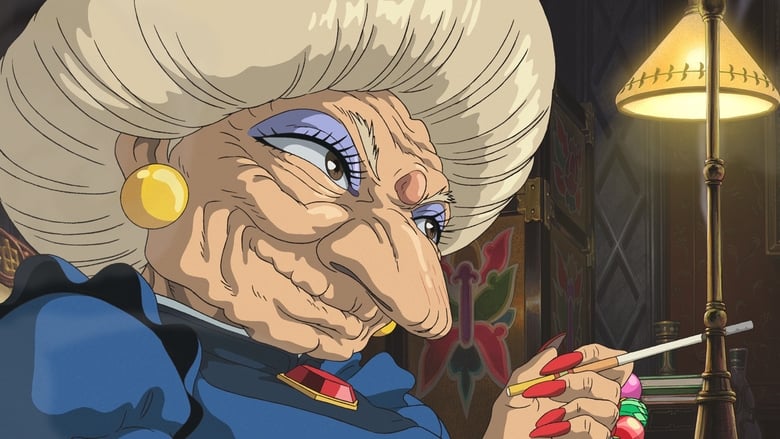 Long before Miyazaki was my favorite animator and one of my favorite directors, I stumbled across Spirited Away. I had been told it was good, and it looked beautiful, so I thought what the heck.

Well... I hated it. Didn't like it all. I thought it was choppy, maybe visually beautiful, but ugly in terms of characters and story. I didn't like the overall structure and pacing either, it felt rushed. There was just something off about this movie. I didn't know what it was... and I still don't! Because I frickin' love Spirited Away now! What was I thinking? I'm ashamed that I ever disliked a film as beautiful, imaginative, and stunning as this.

For the first couple years after I first watched Spirited Away, I think I watched it a couple more times. And it began to grow on me. A lot. I don't think I've ever changed my opinion so much on one movie. Now it sits easily in my top ten movies of all time. I scratch my head and try to find a problem with it. And I come up empty. There are maybe one or two shots or seconds I would change about this movie. Seriously, the most perfect animated film ever made.

No movie is good without a good protagonist. Some of the Miyazaki films I don't like as much as the others (Howl's Moving Castle, My Neighbor Totoro) don't really have a strong main character one can relate to. Well, Chihiro is one of Miyazaki's best protagonists (I would only put her second to Porco Rosso). She's obviously a very flawed girl - she has problems, and she's struggling with dealing with them. But we realize that she is a brave, kind, and smart young woman who totally earns our respect by the end. Her character transition should be ranked right up there with people like Jules in Pulp Fiction and Michael Corleone in The Godfather as one of the greatest of all time.

I can't talk about any Miyazaki movie without talking about the visuals. Although it's basically impossible to choose, I might put this at the most visually stunning film Miyazaki has done yet. I don't really know how to describe it adequately in words, so just take a look for yourself: 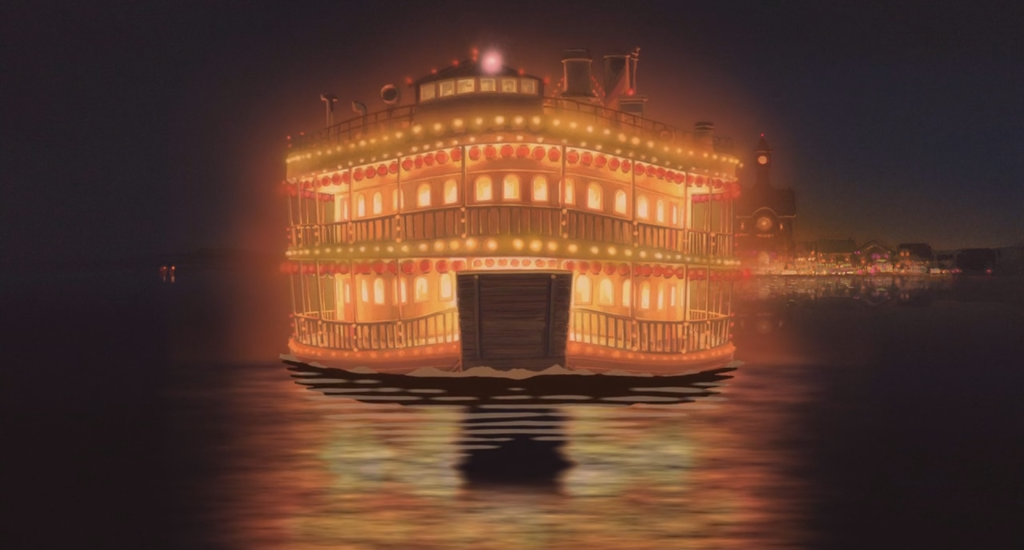 It's like every single frame is a full-fledged mural, a painting meticulously crafted by Miyazaki and his associates. Amazing. The visuals elevate Spirited Away from amazing to "God-Tier." I don't think anything like this will be repeated in animation... although twenty years ago I would might said the same of Fantasia, until this movie came along. I sure hope Miyazaki out-does himself, only he could do better than Spirited Away right now.

And talk about an amazing score... Just go listen to it. Chill out, listen to some beautiful Joe Hiashi piano and strings. The melodies are gorgeous, the mood is just perfect. No other soundtrack would pair so well with the visuals and the tone of this movie. The music is that little thing that makes this movie both happy and sad at the same time. The feeling when Haku remembers who he is. The feeling when Chihiro leaves the bath house. The feeling when she leaves "Grammy," and the feeling we get a day after watching it when we're still thinking about it.

The pure imagination of Spirited Away is almost too good to be true. All these creatures were the brainchildren of Miyazaki, and it's so fascinating to understand what a creative person he is. Not only does he understand children, he understands fantasy. He understands all the wondrous sights that we want to say, and he delivers. Every f***ing time. His work makes me actually proud to be human. And I'd put Miyazaki was one of the most consistently good directors out there. There's only one of his movies I don't consider a favorite, Howl's Moving Castle, and that's still a decent film.

And another thing with this guy... it's funny, whenever I read about him or talk about him it seems that everyone has their own personal favorite. That's odd for a director. No one chooses Spartacus or Eyes Wide Shut as their favorite Kubrick film. No one chooses Lifeboat as their favorite Hitch. For Miyazaki, every film of his has a separate group that thinks its the best. Maybe they're all the best. Spirited Away is my personal favorite, but I can't objectively call it the best. I do love comparing and making lists (hence this tournament), but some things are better left alone in terms of comparison in quality. Miyazaki's film canon is probably one of them.