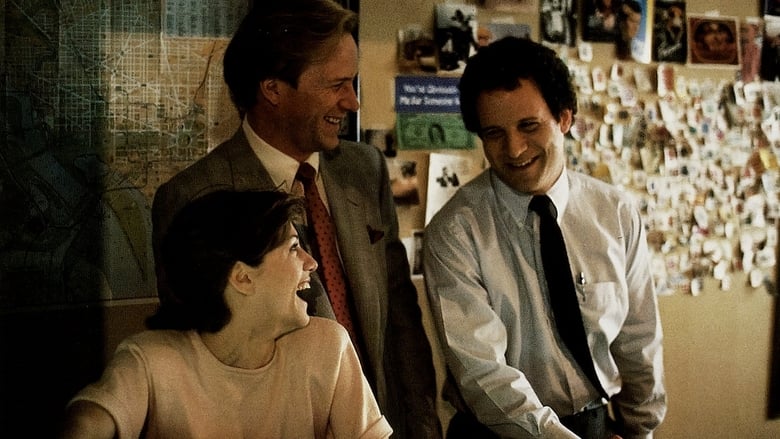 by Gideon58
posted on 9/03/19
in
Broadcast News
After winning twin Oscars for directing and writing Terms of Endearment, James L. Brooks followed up with the lavishly mounted Broadcast News, a long-winded, but fairly engaging romantic comedy that is rich with the colorful and offbeat dialogue we expect from Brooks, but it tries to encompass a little too much and goes on a little too long. 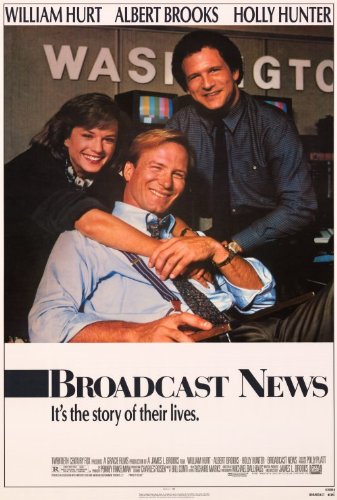 The 1987 film is set in contemporary Washington DC where we meet a quirky, control freak news producer named Jane, played by Oscar winner Holly Hunter, who is not happy with the trend that television news is becoming more concerned with entertainment than information. Jane finds herself involved with two different men who represent both sides of the controversy: Tom (Oscar winner William Hurt) is a pretty boy reporter who has never really had to work very hard for everything he's achieved and when it comes down to it, is no Rhodes scholar. Aaron (Albert Brooks) is brilliant, talented, an encyclopedia of current events, and is Jane's best friend, who also happens to be madly in love with her.

Basically what we have here is your basic movie romantic triangle, but with James L. Brooks in the driver's seat, we know right away there is going to be nothing basic about what happens. As expected, Brooks puts his own spin on these three classic characters that we've all seen a million times before, but the originality they are given here is quite refreshing. We fall in love with the Tom character right away because unlike most characters of his ilk, Tom is more than aware that he he has skated by on his looks, but has the passion to be better at his job. We love Aaron because even though he is the smartest character in the movie, we still feel bad for him because we know that he would probably trade his brilliance for Tom's looks in a minute, especially because they're luring Jane away from him.

And as always with the apex of a romantic triangle, it turns out that Jane is not seeing either of these men for what they really are. She is in complete denial about the fact that she is drawn to Tom's looks and feigns ignorance regarding Aaron's feelings for her even though she is totally aware of how he feels and this is where the control freak in the character comes in, symbolized throughout the story with Jane giving directions to drivers every time she has to take a taxi. What I love that Brooks does with these characters is that he makes all three characters so likable that we're not sure if we really want to see this triangle resolve itself.

I also love that Tom and Aaron are both big enough to admit when they need each other. Loved when Aaron got his first chance to anchor the weekend news and he asked Tom for advice in being on the air. The scene where Aaron does the weekend broadcast and can't stop sweating is fall on the floor funny. Unfortunately, the subplot about the 24 million dollar budget cut causing the firing of half the staff just slows the film down. When the story stays focused on our principals, it's a lot of fun. 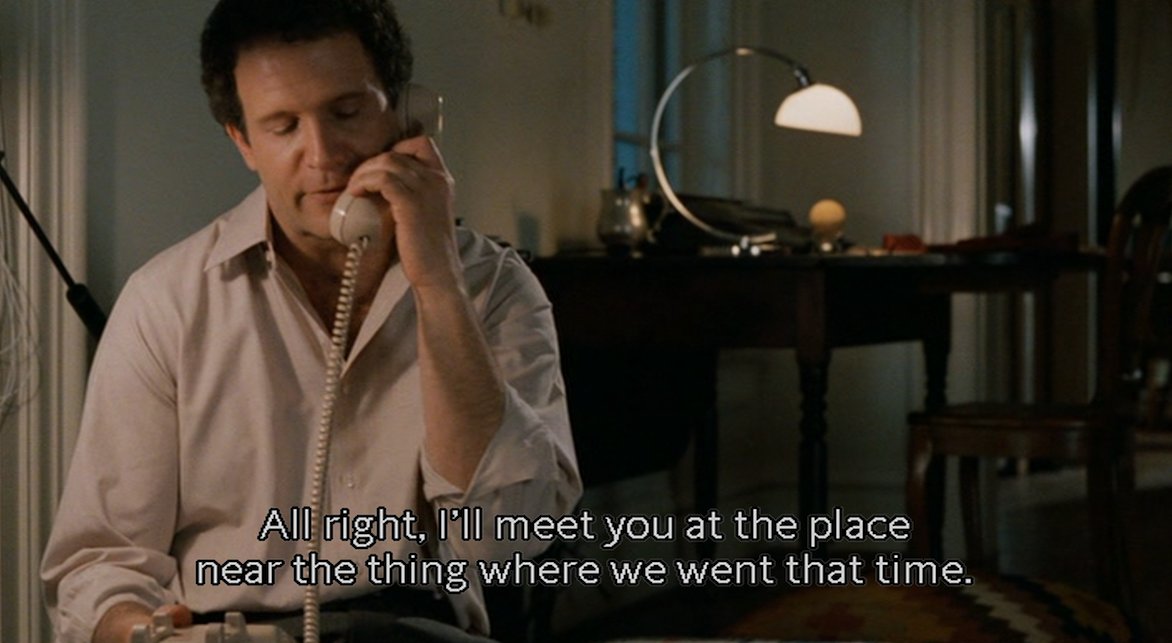 The film received seven Oscar nominations including Best Picture and nominations for all three leads, with standout work from Brooks, brilliant in one of the few performances where he is being written and directed by someone else. There's also a glorified cameo by Jack Nicholson, who won an Oscar for Terms of Endearment, as the no-nonsense anchorman who stays above all the behind the scenes tension. It's not as good as Terms of Endearment, but Brooks does put his very special stamp on this story, giving it a freshness that doesn't quite sustain its length.
» More about Broadcast News
» More reviews of Broadcast News
» More reviews by Gideon58