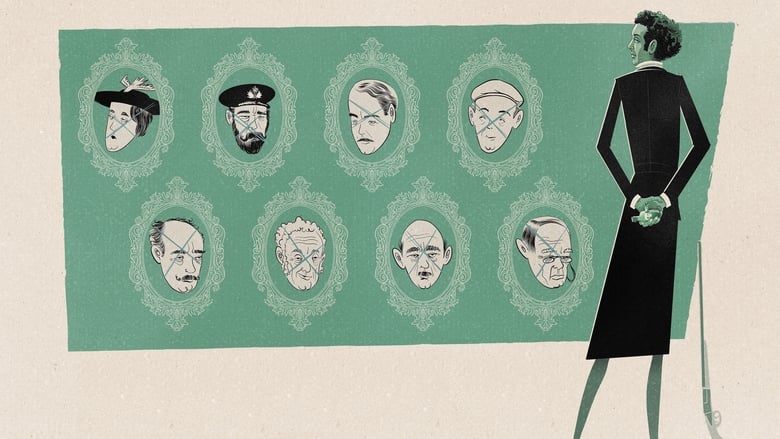 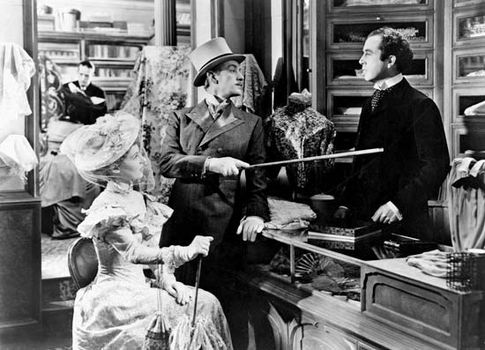 
"A distant poor relative of the Duke of D'Ascoyne plots to inherit the title by murdering the eight other heirs who stand ahead of him in the line of succession."

I love British films about nobility set in the 19th century. Pride and Prejudice & Jane Eyre are two that come to mind. And Kind Hearts and Coronets reminded me of those British melodramas that deliver human interest stories set inside the world of upper crust 1800s England. Some might call them soap opera style, like it was a bad thing, which it's not when done well, and Kind Hearts and Coronets was done very well...With it's personal story of one poor man's rise into the world of rich nobility, as told by his first person narrative...in that way it reminded me of another great film Barry Lyndon.

I thought the main lead Louis (Dennis Price) was well suited for his role, and his love interest Sibella (Joan Greenwood) was interesting. She had this way of talking than made her sound a bit sinister without even trying. She was real good too. And yes Alec Guinness played a bunch of different roles and did a good job of it. So the movie totally worked as a drama for me, but I would never have guessed this was a comedy. I'm not sure what the comedy was suppose to be? Perhaps Alec Guinness in all those disguises? Maybe it was the language barrier that stopped me from laughing as there were times I couldn't understand what some of the secondary characters were saying and no subs on the DVD either.

But I think the reason the humor elements didn't work for me was that the style was British dry humor and some of the references I just didn't get. Not the films fault of course, I'm sure in Britain in 1949 the audiences totally got it. I appreciated the film sets, which were richly detailed with many different shooting locations. And the drama and story was to my liking. But I'm not sure how to judge this as a comedy as I seen it first and foremost as a drama.