Strangers on a Train

by Gideon58
posted on 7/11/19
in
Strangers on a Train
Since joining this site, I have become acquainted with a lot of Alfred Hitchcock's greatest work and movies like Psycho, Vertigo, and Rear Window lived up to their reputation. I wish the same could be said for 1951's Strangers on the Train, a psychological thriller that features some stylish direction from the master and a fantastic performance from Robert Walker, but the changes to the original story ust don't make sense. 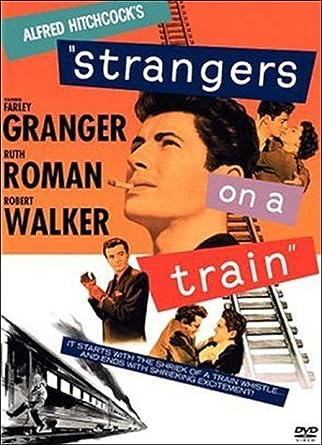 The film stars Farley Granger as Guy Haynes, a tennis pro who is taking a train back to his hometown to get his trampy wife, Miriam (Kasey Rogers) to give him a divorce so that he can marry the daughter (Ruth Roman) of a US senator (Leo G. Carroll). On the train, he meets Bruno Antony (Walker), a tightly wound and slightly unbalanced young man who agrees to murder Miriam for Guy if Guy will murder Bruno's father for him, because Bruno thinks if they "swap" murders, they can get away with it because there is no motive if they're murdering strangers. Bruno wastes no time in dispatching of Miriam but things get complicated when Guy refuses to have anything to do with murdering Bruno's father.

The premise here is a good one and classic Hitchcock material, unfortunately, the original novel by Patricia Highsmith was severely altered by the screenwriters, who included Raymond Chandler. I loved the idea of two people exchanging murders that wouldn't have motives attached to them, but since Guy refuses to have anything to do with murdering Bruno's father, the story just becomes a standard blackmail drama, where Bruno threatens to implicate Guy in Miriam's murder since he won't complete his part of the deal. This story would have been SO much more interesting if Guy had actually murdered Bruno's father, which I'm told is what happens in the original novel. But even a standard blackmail drama is afforded a little sophistication under the directorial eye of Alfred Hitchcock. Hitch's style is all over this one, creating wonderful cinematic images that remain burned in the memory forever. I love that shot of Bruno strangling Miriam through Miriam's broken glasses or the juxtaposing of Guy's final tennis match with Bruno trying to retrieve that cigarette lighter from the storm drain. And I swear my knuckles actually got sore when Bruno started kicking Guy's hands during that over-the-top runaway merry-go-round finale. 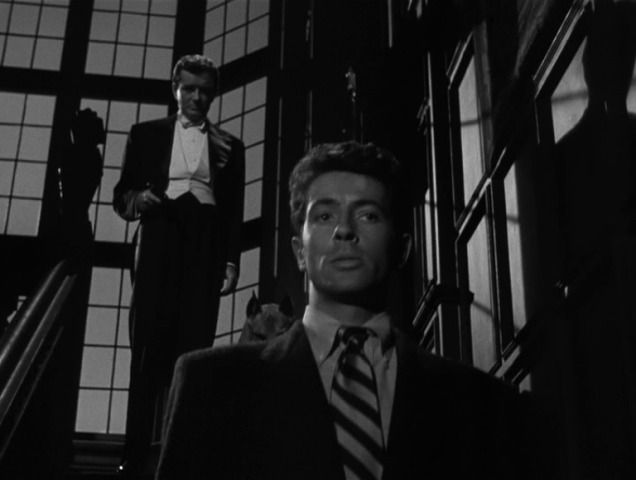 Hitch also pulls an absolutely brilliant performance from Robert Walker that anchors the proceedings, no matter how nonsensical the story gets. Leo G. Carroll was terrific as the senator and it was also great to see two future cast members of the ABC sitcom Bewitched in the cast: Kasey Rogers (Louise Tate) as Miriam and Marian Lorne (Aunt Clara) as Bruno's dotty mother. I just wish Hitch and the Hayes code would have had the guts to present the story in its original form. The film was re-thought in 1964 as Once You Kiss a Stranger and again in 1987 as Throw Momma From the Train.
» More about Strangers on a Train
» More reviews of Strangers on a Train
» More reviews by Gideon58