by mattiasflgrtll6
posted on 7/05/19
in
THIS REVIEW CONTAINS SPOILERS THROUGHOUT. 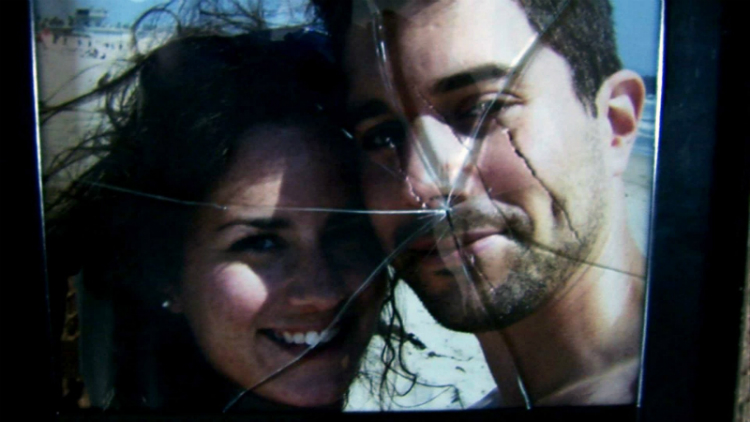 Katie's had visions of a demon ever since she was 8 years old. And no matter where she moves, they just keep haunting her. So she and Micah get the idea to purchase a camera and record all the weird paranormal activities that happen at night. Maybe if there's enough proof they can deal with the demon and get rid of it once and for all. But is it actually helping?

Paranormal Activity is the third of the key defining films that changed the found footage genre. The former ones were Cannibal Holocaust and The Blair Witch Project. And it's easy to see why. It introduced a unique style of filmmaking which hadn't really been attempted before, where through the use of security camera footage explore our deepest fear: not being safe in our own home.

The pace of the movie is deliberately slow, introducing you to our characters and easing you into the oncoming dread that's waiting. The first activity is as simple as a door moving by itself. Only a little bit, but enough to get a sense of something being wrong. Then the footsteps start. And the banging. And a strange, hollow scream. Director Oren Peli doesn't care about showing the demon itself as much as observing what kind of effect the events have on the couple, and letting the audience's imagination run wild since you get a sense of what's going on, but you're never explictly shown a demon winking in the hallway saying "Come here, baby".

One of my issues with modern horror have been how instead of leaving the movie on an eerie note, you have an incredibly over-the-top and silly finale with a barrage of jumpscares. But instead, when you hear Micah dragged around and then thrown across the room landing at the camera, you're freaked out. Equally freaky is Katie staring at the camera, revealing a demonic smile. 'Course, you still have that jumpscare moment when she jumps at the screen, but it still makes you spooked because of the context. The demon finally got to her, and instead of a poor, emotional wreck she's now a raging demon herself. She was fighting a losing battle.

Katie Featherson's performance as the character with the same name is pretty good. She expresses the fear and increasing desperation very convincingly, and makes you feel bad for her when she just wants to live in peace, but keeps getting tormented by this evil spirit. She also rightfully gets angry when she doesn't get the support she needs, which she acts out well too.

Micah Sloat as the boyfriend is decent. I certainly don't care for his character (I'll get to that soon), for the material gets however he does the script justice. He even manage to make me chuckle at his character's stupidity a few times where he says he only "borrowed" a Ouija board instead of buying it and the scene where he asks the demon what their favorite color is.

But as well as the movie creates an unsettling mood, it has some pretty major problems stopping from being better. The first and most major one of these is Micah. His first thought should be to make his girlfriend feel safe, tell her everything is gonna be all right and cooperate the entire time to make sure they both come up with the best ways to try and drive the demon out. Instead, what does he do?

When Katie brings a medium over, he acts rude to Dr. Friedrichs the entire time and basically calls her an idiot for bringing him over. First of all, while I think mediums are a bunch of scammers myself, it's at least understandable why she would think he'd be the solution to their problems. Secondly, given that Micah himself seems to believe in ghosts, why is he so adamant against bringing a psychic over? Maybe he doesn't think psychics are the best at finding evil spirits, but you'd figure he'd at least be open to the idea. He also rejects the idea of an exorcist later on, even though it couldn't really make things worse than they already are.

When Katie tells him that she doesn't want him to film them having sex, he continually tries to convince her to let him film it, and even tries to do it without her knowledge. What an ásshole.

And no matter how many times she begs of him not to buy a Ouija board since the last thing she wants is for more ghosts or demons to come over here, he does so anyway! He even nags at her over and over to come look at what the demon did to the Ouija board, even though she doesn't want to see it. It doesn't even stop with Ouija, he comes up with more and more methods to lure the demons to their house. It seriously pissed me off how he doesn't seem to give a shît about how scared she gets, he only tries to provoke the demons more and more, yelling stupid shît like "Is that all you got?!". Your first concern should be your girlfriend's deteriorating mental state, not whether the ghosts are making enough noise for you to capture some cool stuff on camera or not. You prick.

Then there's the door. Why is the door still left open after a demon got inside and pulled Katie down the stairs? This annoyed me so much. Anyone who's not an idiot should know to close the door when a demon gets inside the bedroom all the time.

While Katie was by far the more rational one of the two, her mood flip between wanting to leave the house immediately to suddenly wanting to stay there makes no sense at all. If the demon continues hurting you, shouldn't you want to get out of the house more instead of feeling inclined to stay there? This feels too much like the script forcing something nonsensical to happen just to make the movie scarier. Even Micah can't believe she won't agree to pack up and go.

Finally, although Micah Sloat did a fine job, there were times where he overacted, like where he grunted at the ghost and I just laughed at how bizzarre he sounded.

Don't let these flaws deter you from giving Paranormal Activity a chance. Although they prevented it from being a truly good movie, it's still a decent one. It gives the uneasy sense of dread I'm looking for in a horror piece, and the way it concludes is very shocking, yet natural. It won't leave me sleepless in Seattle, but it could be time to set up a video recorder or two.