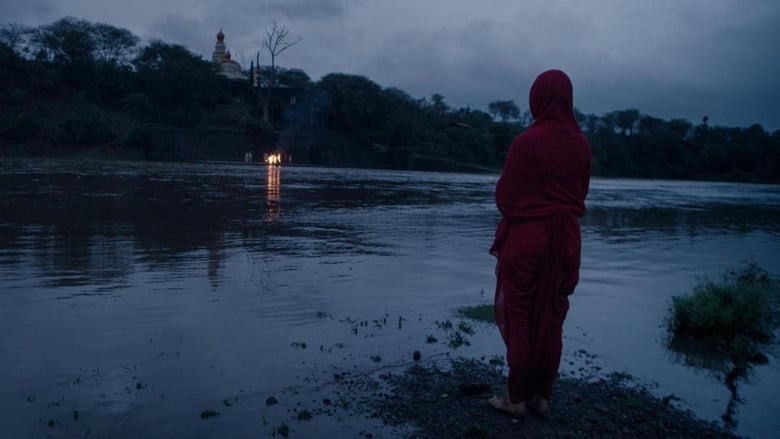 I watched this movie based on a recommendation from someone who's seen it at Fantastic fest in Alamo drafthouse. It is a morality tale on greed but it is disguised as fantasy horror.

The review for this movie could easily go in lot of different directions. So I would like to keep it focused. The movie is based on a made up folklore. To my surprise, despite being made up it is very rich. It is very hard to poke holes at the mythology. According to it, the goddess of wealth and food curses her oldest son,Hastar for being extremely greedy and trying to steal both gold and grain. As part of the curse he is erased from history books and is hidden in her womb. The curse prevents him from accessing any form of food but he gets to keep the gold since he stole it already. So it is as if he never existed. A long time later a family finds out about him and starts worshipping him. All the rest of the children of the goddess, who themselves are gods are angry that this forgotten son is being worshipped and starts raining on the village,Tumbbad ever since. So the family and the village to certain extent is facing the wrath of gods.

The movie is split into 3 parts based on different stages in the life of our protagonist. His name is Vinayk. I think his point of view is the best way into this story. Part 1, when Vinayk is a teenager we learn that his mother is a young widow and she is giving sexual favors to an old man for over a decade in exchange for financial support. But the old man, who happens to be the heir of a wealthy family has been careless with his spendings and used up all the family wealth. The only thing left is a gold coin that the woman is hoping to earn for her service. In a way she is grasping at straws by that point.It turns out that the old man is the descendent of the family that worshipped Hastar and brought down curse upon the village. This family has a dark secret that is eventually revealed over the course of the movie. What we do know is that the old man has spent his entire life trying to find treasure that is rumored to be buried under the family mansion. But it is nowhere to be found. Vinayk's mom is tasked with feeding the great grandmother of the old man who is suffering from some sort of mysterious condition but is miraculously alive for few centuries. The grandmother stays isolated in a locked room in an outhouse away from the mansion that is used by Vinayk's family. The old woman is considered dangerous and is chained to the wall. She is fed and occasionally when she wakes up the family is told to utter a phrase involving Hastar to put her back to sleep. After the death of Old man and before Vinayk's family could leave the town, Vinayk's younger brother is involved in an accident. When the mother takes the younger son to doctor, she leaves Vinayk alone in the house to feed the old woman and tells him to use the name Hastar if the Old woman tries to attack him. But unfortunately he forgets the name and gets into trouble with the Old woman. She is horribly disfigured and before she could eat him he recollects the name Hastar and uses it to put her to sleep. From this encounter we realize that the old woman is under some kind of curse and vinayk also learns that the old woman knows about the treasure in the mansion. The mother returns home with the news of her son's death and they leave the village next morning with vinayk being forced by his mother to take an oath to never return to the village. During this first part we notice that Vinayk is a very selfish person even at a young age and also very greedy. He doesn't even care for the safety of his brother before his death. The only reason he gets into trouble with the old woman is because she was able to lure him into her room using her knowledge of the treasure.

Part 3, this part picks up a decade after vinayk has eliminated the money lender and now he has a son. Vinayk has indulged himself in all forms of vices and is recognizing that he is getting too old to continue going into the womb. Because the task is so physical. One of the things that makes Vinayk such a great anti-hero and protagonist of the movie is his obsession and courage. Every time he goes into the womb he is risking his life. A lot of things have to go right for him to survive each time. The rope can't break, he can't slip while climbing, he can't be too slow for Hastar to catch him and he can't afford to be unprepared when hastar notices the flour doll. All this takes practice and preparation. So in a way he earned that gold. When the time comes for him to pass on these duties to his son he expects his son to be prepared. But a life full of wealth and decadence has made him an abusive parent and uncaring husband. The curse from the god has manifested itself into a slight leg disability in their son. In a way the gods who attacked Hastar are cursing Vinayk for taking the gold by making his son slightly disabled. But nonetheless he doesn't get the cue and takes his son with him to the womb after he has had practice. But what we notice is that his son is greedier than him. We notice the son exhibiting very bad tendencies from a very early age. He put their whole mission at jeopardy when he brings the doll on a trial run. He steals coins from Hastar during his very first trial run when Vinayk is unprepared. So we immediately notice that the greed is growing with generations. But Vinayk just considers it an anomaly. The unlimited supply of wealth has made Vinayk out of touch with reality that he forgets India has got independence. Due to the new laws from Indian government the mansion will be demolished and a village will be built in that area. The son being his greedy self suggest that they take multiple dolls with them so that they can buy enough time to steal as much gold as they can. These two events act as catalysts for Vinayk to loose his sense of caution and give in to his greed by taking lot of dolls into the womb along with his son. But since he doesn't fully know what he is dealing with , for each doll they bring, a new Hastar appears. So they get overwhelmed by a lot of Hastars essentials making their escape impossible. So Vinayk must make a choice between saving his own life or saving his son's life. By that point he is forced to face his greed that has consumed him his whole adult life. He finally decides to sacrifice himself by using himself as bait and luring all the hastars outside the womb and kill them with flour. This clears up the route for his son to get out of the womb. Once his son reaches the surface he witnesses his father transform into his
cursed self and this finally makes his son give up on the gold leave the mansion once for all.

So the genius of the movie is that it is a fable taking place in real time. The lead in the movie is such an awesome character because he goes into this nightmare and comes out alive for such a long time until his greed gets the better of him. You see how long a layman survives in there using the example of money lender. He couldn't even climb down the rope properly and falls down. Imagine the first time Vinayk had to encounter Hastar , what a nightmare that must have been to climb out knowing that , that thing is after you. So he overcame all that all by himself and risked his life. At the same time he is incredibly misogynistic and treats his family as ****. All this makes for a very interesting descent into the darkness of human psyche. The movie is very atmospheric.
» More about Tumbbad
» More reviews of Tumbbad
» More reviews by aronisred