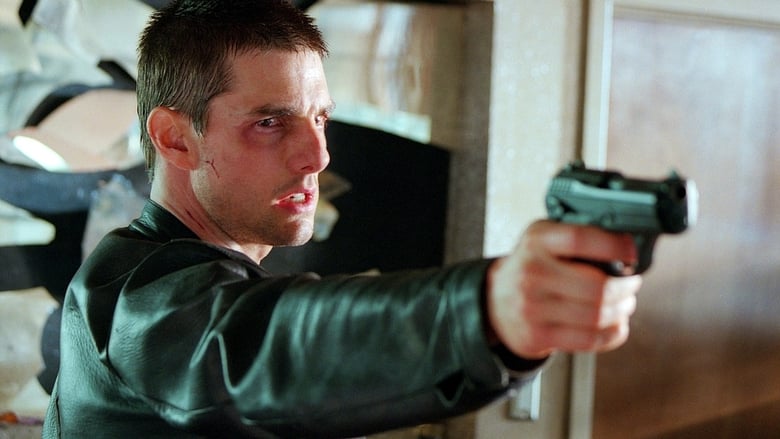 In 2054 a prototype of pre-emptive police department, PreCrime, is keeping the murder rates in Washington DC at zero. There are plans to go nation-wide but are the three precogs and the whole system really infallible.

My eyes are melting...
I don't know if Minority Report just hasn't aged well or if I've become way more (too?) critical since I saw it the first time but it's lot worse than I remembered. The concept itself is interesting and it should have provided a solid base for Sci-Fi neo-noir but there a huge issues in both technical and stylistic departments.

First of all the writing is extremely lazy and the way main plot is advanced doesn't make any sense. Minority Report clearly wants to toy with an idea of self-fulfilling prophecy but it seems to contradict everything we're told about the precogs. There is no plan to murder when the prevision about Anderton is received (unlike with all the other crimes referenced) and the whole chain of events would never happen without the prevision. Also the way things play out is more like a crime of passion which should show up only minutes before the event anyway.

There are other inconsistencies with the precogs too. They were only supposed to see the murders but still Agatha sees all shorts of irrelevant minor stuff when she helps Anderton to evade the police. The whole going nation-wide plan is weird; the three precogs are sold as unique individuals meaning they should already see crimes nation-wide if the project would be able to expand (yet in the end they live in recluse so that they don't get their annoying previsions).

I also hated the visual style of the film. Terrible over-saturation and lens flare all the time. I'm quite sure that seeing this in theaters would actually hurt my eyes. Settings and technology look inconvenient (transparent monitors, completely manual data processing, etc.) or plain stupid (streets adds speaking to individuals on a crowded street). I can easily forgive this kind of stuff in old movies but in 2002 computers were already part of our lives. And action sequences in general are awful.

On the positive side the acting was quite good (though I didn't like Cruise on this one). Like I said earlier the concept itself is good but the execution lacks in many ways. There are moments every now and then with kinda OK neo-noir feel to them but that never lasts. It's not as bad as the above rant would suggest but at the bottom end of mediocrity still.