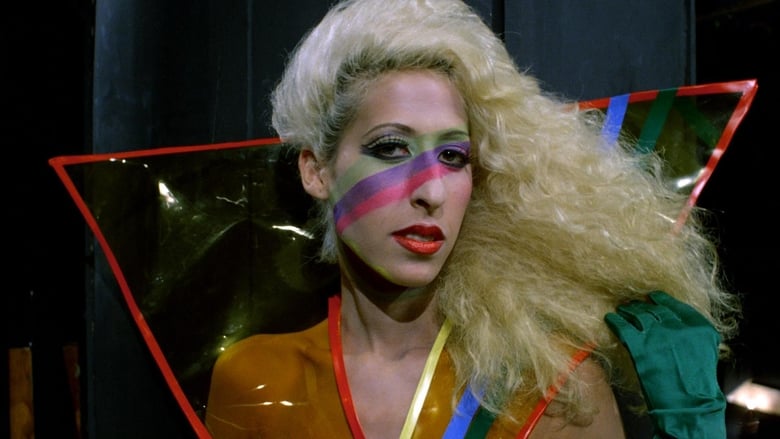 What could aliens possibly want if not heroin? Or maybe there's something even better available in the drug and sex driven fashion circles of New York. 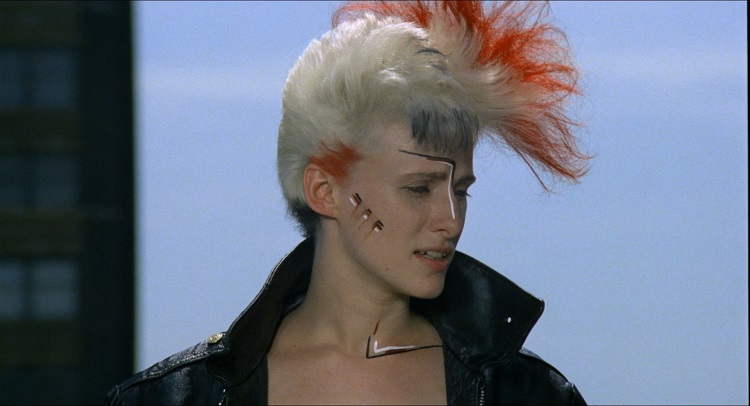 This is my third viewing of Liquid Sky and despite of some rather large issues it's still very enjoyable film. It's filled with odd characters, totally insane costumes and it makes the world of fashion look as cold and heartless as it's colorful. It's a bit like sci-fi version of The Neon Demon but better.

For the most part writing is good and stylish. The hunger for fame and addiction to drugs drives its characters to cruelty and being jerks. Some, like Margaret, hide their weakness and vulnerability deep inside. Others, like Adrian, have done that so long that the hard exterior rarely breaks even when alone with her lover. There's very little warmth in this movie and even the revenge (of sorts) leaves a bitter taste.

The most notable things in Liquid Sky are its visual style and ridiculously good soundtrack. Costumes and make-ups are totally insane yet still they somehow work. I remember reading somewhere that the budget for the costumes was only few hundered dollars which makes them even more awesome. And the music fits the film almost perfectly; it's simple, amateurish but so much better than it should be. 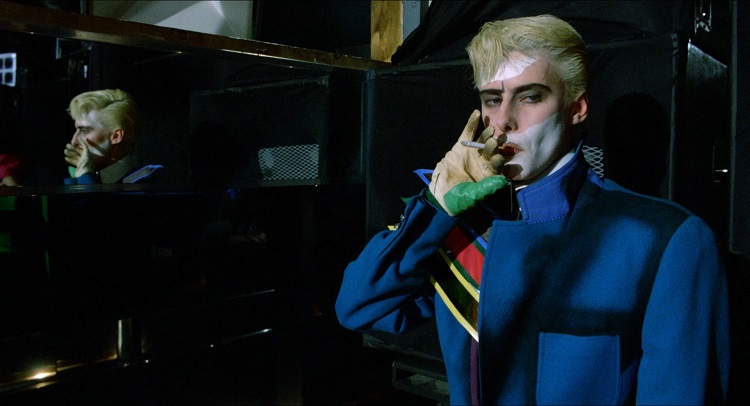 Acting is both good and bad. First of all Anne Carlisle does really good job in her double role (so good in fact that I didn't know she was also Jimmy until I Googled about the film after my previous viewing). Other than (and partially including) that the acting is as odd as the rest of the film. I still don't know if some of the actors are just bad or are they doing a Lanthimos thing few decades early.

The biggest issue I have with Liquid Sky is the whole sub-plot about the German scientist. I honestly believe the film would be better if they'd edited that off completely. It doesn't match the mood of the rest of the film and it feels like unneeded explanation to ensure that every viewer gets what's going on. He's also the worst actor in the movie and all his scenes are poorly written.

I'm rounding up my rating (in other words I feel that 3.5 is too little but 4 is maybe a bit too much). Without the scientist stuff above I'd most likely give it .5 more.