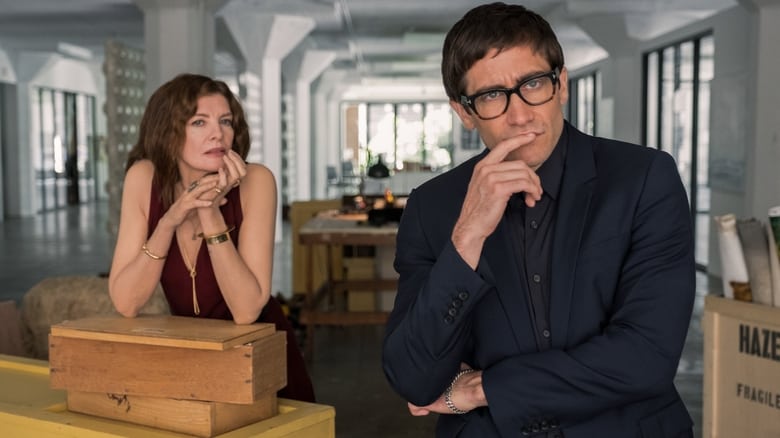 A winking horror film that deals with the art world, gallery owners, artists and commerce - all very unsuccessfully.

What could have been a creative and limitless piece of film making is instead a diluted and highly embarrassing satire that quite frankly doesn't even deserve that word to be attached to it - satire. A satirical film is at worst slightly clever and at best game changing. Velvet Buzzsaw is such an awful movie that I was in utter shock at how the ratings were so high for this.

Jake Gyllenhaal does what he can with the camp factor. His delivery is good as usual, but then again we're forced to witness a completely unrelated fascination with his creatine and anabolic steroidal work out regimen in some grotesque fashion where it appears he's joining the neckless fraternity in the legion of jocks. Ok, then we have Jon Malkovich who just seems to pop in to lend some art cred I guess? What? Why?

Renee Russo does nothing but grate on the nerves as she tries to be a 65 year old bad ass sexpot as a former member of a rock group calling themselves Velvet Buzzsaw. OK, so..wait WHAT?! Why is this movie called Velvet Buzzsaw again? The name has absolutely nothing to do with what's happening in the story aside from a brief mention of her band (which by the way is an obvious and uninspired rip off of Velvet Underground or even more likely Velvet Goldmine and adding Buzzsaw instead) and some cheap kill gag involving a tattoo. Oy, this is such a garbage movie.

Nothing is funny. Nothing is interesting. No technique is explored. Every piece of an attempt at having fangs in the script is just more recycled stereotype about what the art world is on a commercial level. Yeah, we've seen it before. It's all been done better in movies that only briefly touched on that part of the planet.

I think the only part I laughed at was when some entitled little art skeez was freaking out, tapping away at her phone trying to close out of an art image that wouldn't go away. Yikes! Did I mention that this movie is a piece of shlt yet?

"Hey, I have an idea! Let's take a movie about the art world and politics, and cross pollinate it with an old slasher movie, except we'll write the jokes flat and obvious and leave any true scares or ingenuity completely out!"

Hey, ya sold me! I'm the sucker who watched it. Brought to you by the always reliable folks over at Netflix! Yayy!!