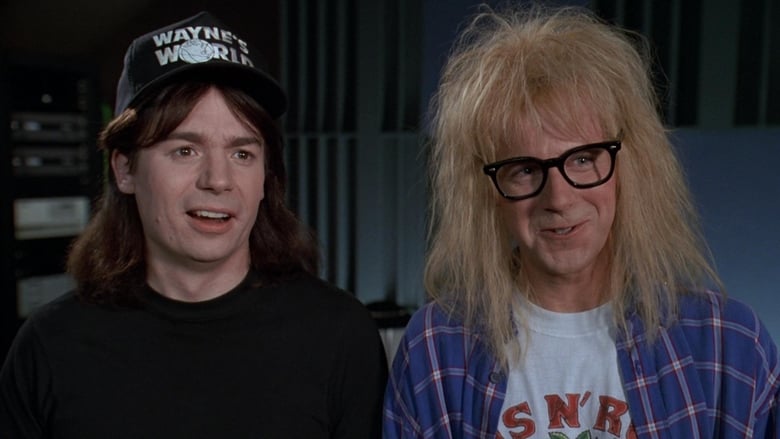 by Gideon58
posted on 4/10/19
in
Wayne's World
One of the top ten box office champions of 1992, Wayne's World is a roll-on-the-floor funny full-length film comedy based on an SNL skit created by Mike Myers and Dana Carvey that was such a breakout hit on the show that it was decided it had to come to the big screen. 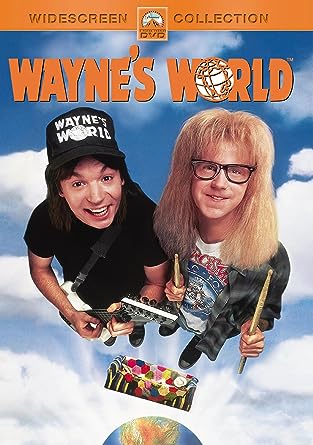 On SNL, Wayne Campbell (Meyers) and Garth Algar (Carvey) were a pair of teenagers who have a silly cable access TV show they broadcast from the basement of Wayne's parents' house in Aurora, Illinois. In this movie, Wayne and Garth are approached by a slick advertising executive named Benjamin (Rob Lowe) who wants to bring their show to a real network sponsored by a video arcade guru (Brian Doyle Murray), but Wayne and Garth are unable to accept the changes that come to their show when it is no longer their own, but run by a network and a sponsor.

While trying to save their show, Wayne falls for a rocker babe (Tia Carrere) whose group has been performing at his posse's local hangout and Garth is crushing on a babe (Donna Dixon) from afar because he's too scared to actually speak to her. Wayne is also dealing with an ex (Lara Flynn Boyle), a "psycho hose beast" who refuses to accept the fact that Wayne broke up with her two months ago. The skits on SNL never left Wayne's couch or his basement, but there's no way the movie could be 90 minutes on Wayne's couch, so Mike Meyers has written an effectively expanded story that brings Wayne and Garth out of the basement to deal with assorted nutty characters and situations without ever losing the core of these two guys Wayne and Garth, which is what made the skits so funny. It wasn't so much what these guys were doing or not doing as it was the very special "Wayne speak" between the characters and the off the chart chemistry that that Mike Meyers and Dana Carvey create. 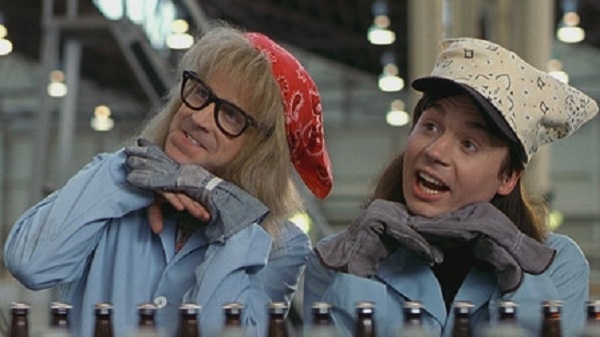 The movie is written with tongue seriously tucked in the cheek and includes the expected breaking of the 4th wall as we are reminded near the beginning of the film that only Wayne and Garth are allowed to talk to the camera. A donut shop owner (Ed O'Neill) attempts to talk to the camera and Wayne puts a stop to that immediately in one of the movie's funniest moments. I also loved a moment later in the film where things are going really bad for Wayne and the camera leaves him in disgust and he chases after the camera begging it to come back. Meyers and director Penelope Spheeris work in perfect tandem here, as well as in the classic salute to "Bohemian Rhapsody."

This movie still provides non-stop laughs that hold up remarkably well in 2019. Rob Lowe is a surprisingly smooth bad guy and Kurt Fuller is very funny as his stooge. There are also cameos from Alice Cooper and Chris Farley, but this is Mike and Dana's show and they're all the viewer really needs. This movie is just as funny today as it was 27 years ago. Followed by a sequel.
ģ More about Wayne's World
ģ More reviews of Wayne's World
ģ More reviews by Gideon58