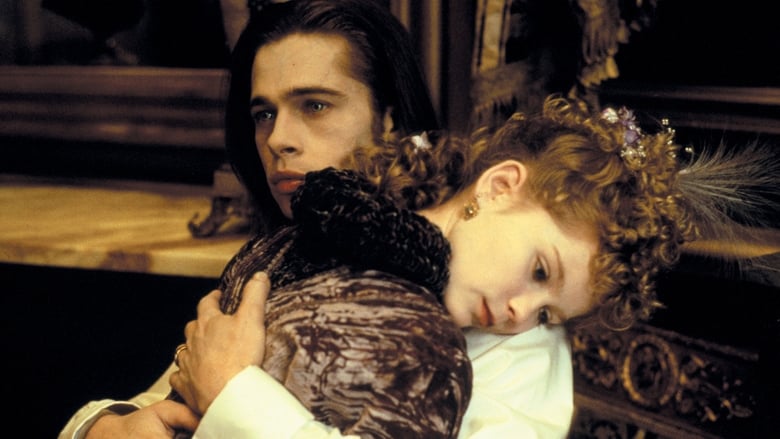 A vampire tells his story to a reporter. A story of melancholy and sadness and death that starts in the late 18th century Louisiana. 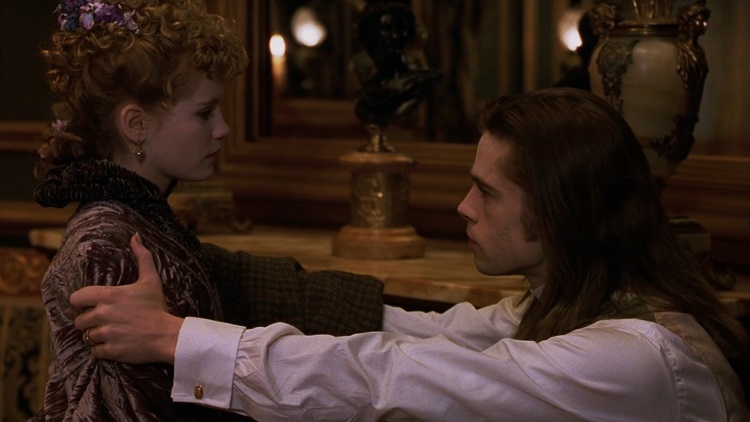 To me Anne Rice's The Vampire Chronicles seem the most influential modern vampire stories. They brought the modern vampires back to mainstream, made them sexy again and gave them feelings. It's almost impossible to imagine vampires these days without her books - practically everyone was ripping of her work from books to films to roleplaying games.

As a film Interview with the Vampire is quite melodramatic and theatrical but for some reason vampires always seem to be portrayed as show offs and buffoons so I'm not bothered as much as usually. Other than the mandatory vampiric mannerisms the acting by the star-studded cast is quite good. Young Kirsten Dunst is also very good as a child vampire Claudia. There's quite good chemistry with the lead trio.

There's lots of brooding, angst and guilt. For the most part it works but like Lestat says Louis does come out as little whiny at times. Still the trio of Lestat, Louis and Claudia is rather interesting unit (even without Lestat the other two work nicely). The whole present part including the actual interview is unnecessary and the ending doesn't fit the style at all. It has its flaws but I have a soft spot for vampires.