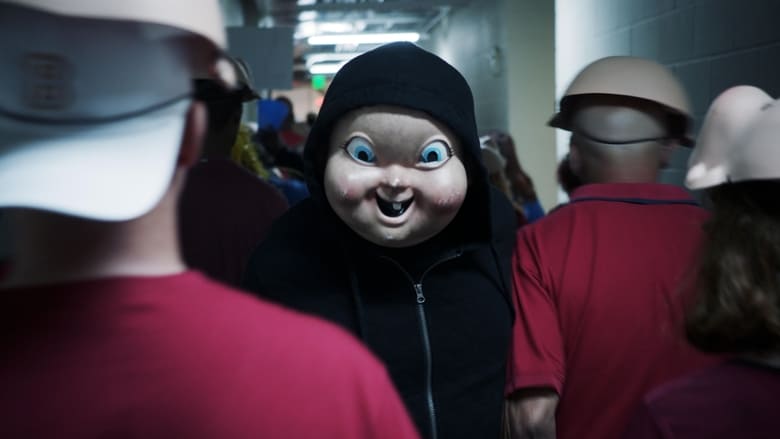 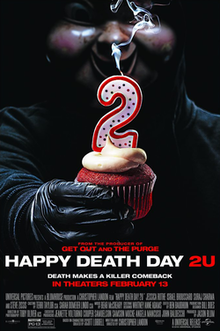 What the heck is going on here? We have a sequel to Happy Death Day??? Even crazier is the fact that this movie is just as or possibly more fun than the original? Or how about this for crazy....my wife chose this movie over Alita: Battle Angel and They Shall Not Grow Old. Yet...EVEN CRAZIER MY FRIENDS....MY WIFE CRIED DURING THIS MOVIE. I REPEAT, SHE CRIED EMOTIONAL TEARS DURING THIS MOVIE!!!

Tree has successfully stopped her time looping slasher shenanigans and is happily together with Carter. When Carter's roommate experiences his own version of the deja vu, we are given a glimpse into the reasons why. A science experiment gone wrong, which triggers another time loop for Tree. So, we have to go through the same thing as the first one again? Boring!!!! How are they going to make it different this time? Well, they drop the horror and crank up the sci/fi for one.

Unexpectedly, Happy Death Day 2 U manages to go in a direction that is juuuuuust different enough to warrant this experience. Tree is no longer in the same dilemma. The killer from the first one is not the killer this time around. So while the first was a Groundhog Day Slasher film, this one is more like a Groundhog Day Back To the Future Part II film. The film doesn't seem concerned with the killer, it's a side plot which was surprisingly refreshing.

Jessica Rothe continues to have a great time and impresses me. Here she balances comedy, horror and yes...enough emotional drama to make a pregnant woman cry. I really do hope her career takes off because she has some talent. As mentioned, the film leans heavily into sci/fi and less into the horror. We still have a baby faced killer on our hands, but we are more focused on the why and the how relating to the time loop. The film also leans heavily into the comedy, especially with a montage of Tree killing herself over and over in creative and hysterical ways.