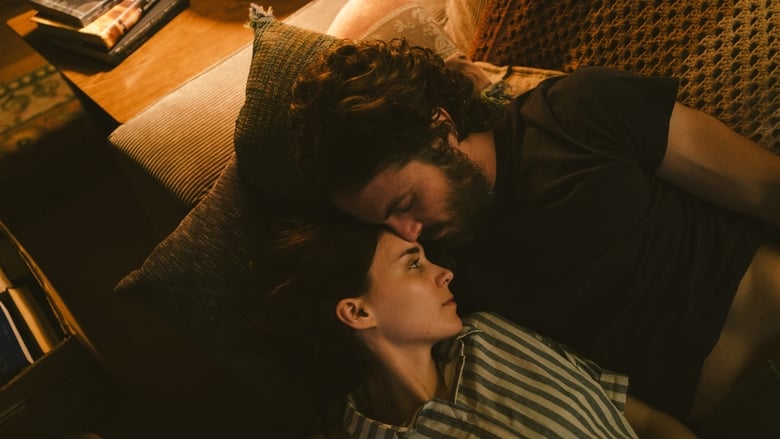 I waited far too long to watch A Ghost Story. When I originally saw the trailers, though, I thought the concept of Casey Affleck's character actually wearing a sheet while playing a ghost was kind of silly, so I never watched it in theaters. But, I was very wrong for thinking that because this is an excellent film.

The premise of A Ghost Story is pretty simple. C (Casey Affleck) and M (Rooney Mara) are a couple who live in a simple, little house in what looks like the outskirts of a suburb. The relationship is established as one that is loving but also susceptible to conflict over seemingly minor things. The biggest of which is the idea of moving out of the house and to something nicer. M wants to, but C doesn't. He likes the house a lot. Unfortunately, in the end it doesn't really matter as C is killed in a car accident mere feet away from the house. He returns, but this time as a ghost. We then see everything he sees for the rest of the film. We watch as he watches his wife slowly move on and out of his (post) life for good. Basically, a large portion of this film is a ghost coping with his own death, and the consequences of it. And I really, really enjoyed it, but I don't think it's much of a surprise that this film isn't for everyone. There's not a whole lot of dialogue, there's no action, and cinematography wise there's nothing super compelling outside of some fairly long takes. It's more thought provoking than entertaining.

Impressive in its own right is that this film was made with a production budget of only $100,000. I'm not saying that it's not noticeable that this was a low budget film, but I am impressed with just how much David Lowery was able to do with so little.