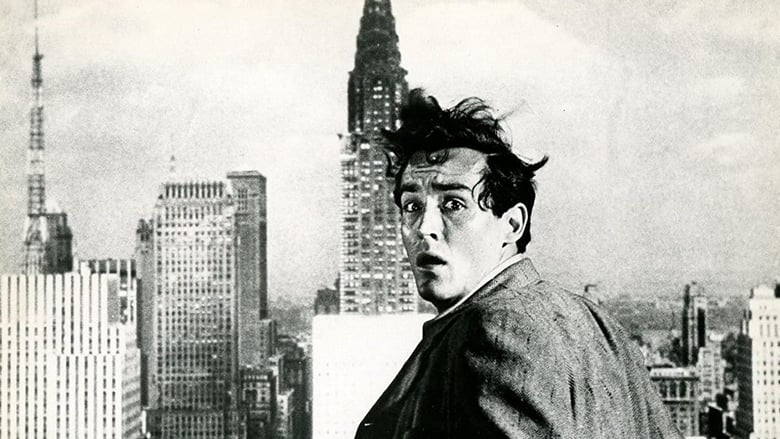 An immigrant who was in a Nazi concentration camp, sneaks aboard a ship to America. His dream is to be free of oppression. However when he arrives at Ellis Island they won't let him into the country because he is a stow away and can't confirm that he's a political refugee. The one man who can help help is an American soldier who he saved during the war. The problem is the would be immigrant only knows the first name of the American solider, Tom...and knows he plays in a band. So Peter (Vittorio Gassman) jumps ship and tries to find Tom, not knowing that if the ship he was on sets sails he will then become a fugitive and never be allowed entry into the U.S. It's a race against the clock for Peter to find Tom, along the way he meets a down and out woman who's willing to help him (Gloria Grahame). CR

It's a too bad that The Glass Wall is so hard to find! It's an excellent film that has many strong points and yet is virtually unknown. One of it's strengths is the illegal secret filming that was done on the streets of New York. Not only is this like a time machine back to the hustle and bustle of Time Square in the early 1950s. It's also quite effective of making what would later be called a docu-drama film.

Gloria Grahame gives one of her better performances as a woman who's so broke she has to steal half eaten doughnuts off plates in a diner. I liked the rapport she had with Italian actor Vittorio Gassman in his first American film. The lengths they will go through just to get a dime to ride the subway has to be seen. Gloria actually goes up to a couple of kids who are street performing for dimes, and steal one!

Besides the haunting chase and rush against the clock, is the scenes inside the UN building which due to it's many glass windows is called The Glass Wall.