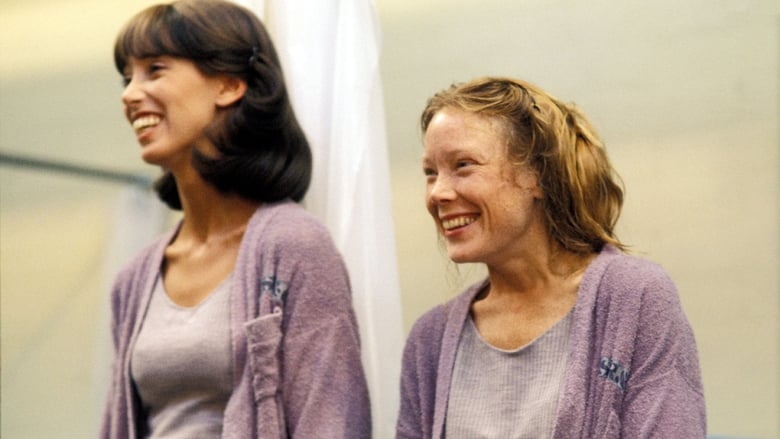 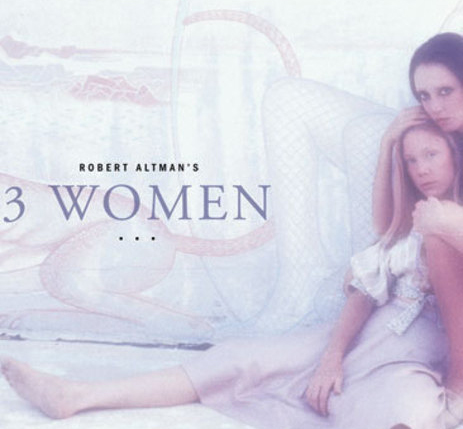 
"Two roommates/physical therapists, one a vain woman and the other a mysterious teenager, share a bizarre relationship."

I haven't really liked any of the Robert Altman films I've seen, however I did love the first half of this film. It was simplistic beauty, a seemingly benign story of two women who meet at a therapeutic Hot Springs medical facility for the elderly and share an apartment. Altman takes this simple idea and makes it seem fascinating. I was riveted to the everyday happenings of these two women. Altman knows how to capture the little moments of life that so many other directors neglect. The first half of the film felt like observational cinema, and was truly a thing of beauty. 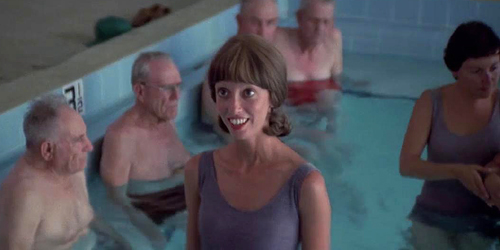 Shelley Duvall is in her prime her, both in years and more importantly in her acting ability. She abides her character with all these little nuances and idiosyncrasies that makes for one of the most intriguing characters I've seen portrayed on the screen.

Sissy Spacek is real good too, very naturalistic and grounded. She paired well with Shelley Duvall's more colorful persona. I'd give the first half of the movie a 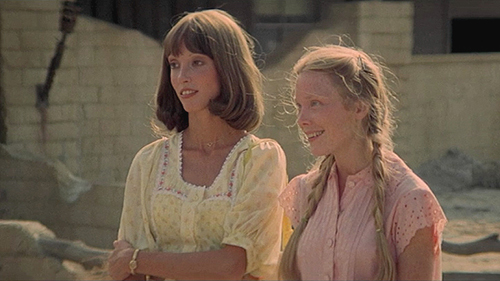 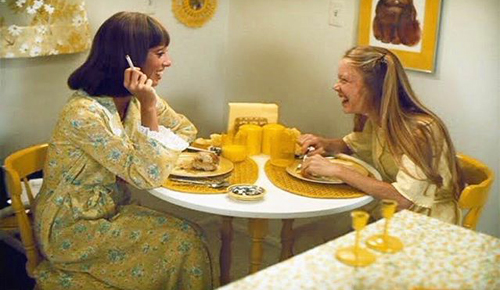 Loved the care that went into dressing the apartment set to reflect the idiosyncrasy of Shelly Duvall's character. One can tell a lot of care went into the making of this film.

As we get towards the end of the film it goes all surrealistic. Robert Altman is quoted as saying he started shooting without an ending, and improvised as they went, and it seems improved in a hap hazard way. He did that a lot in his films, and IMO that lack of focus hurts the film. We didn't need a twisty Twilight Zone ending, and not all films need to end big. In fact less is often more and a quieter ending would have allowed the moments of the film to outshine Altman's improvisations.