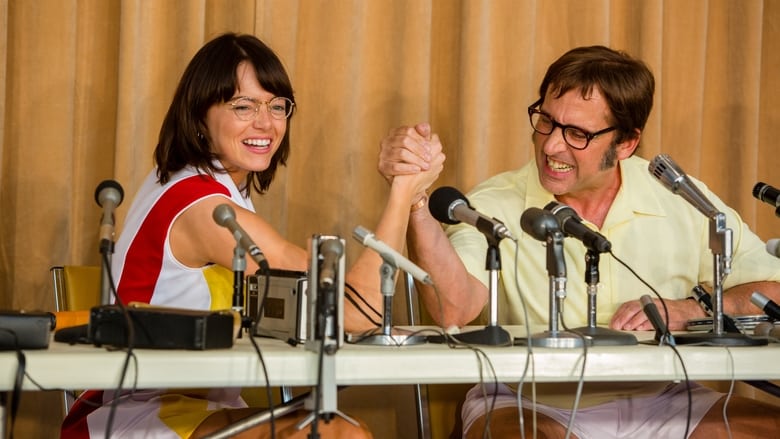 Battle of the Sexes

Did a Carell double feature of two movies that people seemed to be pretty lukewarm on last year. At the end of the day I guess I was a bit lukewarm on them as well but I was pleasantly surprised that they both were entertaining watches mostly due to great casts in both.

Stone was fantastic as King in Battle Of The Sexes. This is an actress that I was a little cold on to begin her career but over her last three or four films I have become a huge fan. I like Birdman and La La Land more overall but I honestly think this might be her best pure performance. Maybe I have a thing for actors portraying real life people but I found this performance so subtle and pure, I really enjoyed it.

Carell is giving a bit more of a performance as Bobby Riggs, but necessarily so. By all accounts Riggs was very cartoonish and a hustler/entertainer at heart so Carell was the perfect choice to portray him and didn't disappoint. I also love how the film makers allow us to see this character in the same way King and others did. He could easily come across as a complete villain but we are allowed to view him as the flawed child like man that he seemed to be.

I give a lot of credit to this film for erasing the jaded edges I brought into the film. The idea of a 55 year old man taking on the greatest women player in the world always has felt like little more than a side show of real issues to me. The film does a great job of making it feel relevant. I think most of that is because of how King is portrayed. She is a very level headed and pragmatic character. That makes it easy for the viewer to view things from her perspective.

I also enjoyed how the film is made to feel and look like the era the events took place in. It is a nice touch that is not over done and works very well. Solid film all around. Well worth a watch.