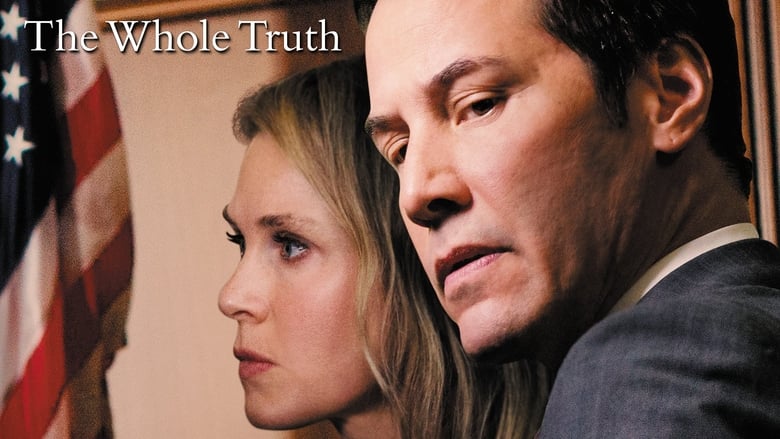 by TheUsualSuspect
posted on 1/26/18
in
The Whole Truth

A low budget courtroom drama starring Keanu Reeves as the persistent lawyer, Renée Zellweger as the tormented and sad mother of the defendant and finally Jim Belushi as the victim, who just so happens to be the killer's father.

The Whole Truth is a laughable film when you look at it from a distance and it fails to make a courtroom drama the least bit exciting, but I give it props for being able to take a few plot turns that I did not expect, as absurd as those may have been. Those final moments though do not excuse the rest of the film, which tries hard to build a mystery around something that a lot of people won't really care for.

Typical acting from Reeves does not help this film in the least. He seems to be sleeping through his role here. He gets a lot of flak for his acting, but he has some sort of charisma, here there is nothing. Then we have a return to the screen from an almost unrecognizable Renée Zellweger in a role that should have had more substance. The acting in this film from everyone seems at the very best, just under serviceable. No one seems to care or actually believe in the scenes they are acting out.

Voice over narration distracts from the story, a subplot involving Reeves partner goes literally nowhere and lame editing choices that try to reveal truths while characters lie cheapen the production. The film wants to wow you with the ending, but the build up to that is so boring and pedestrian that no one will really care.
» More about The Whole Truth
» More reviews of The Whole Truth
» More reviews by TheUsualSuspect