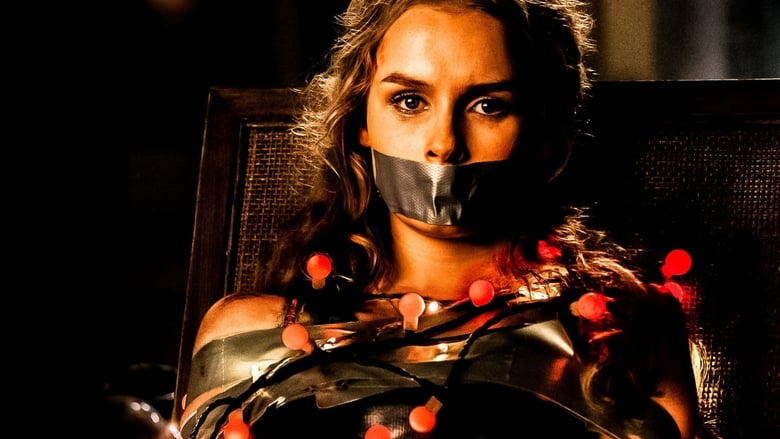 12-year-old Luke Lerner’s voice is cracking. His youth, though still prevalent, is becoming a thing of the past; even though his room is littered with action figures and video games, the conversation he and his vulgar-mouthed friend Garrett have in it toward the beginning of the film shows two young millennials whose knowledge of grown-up things exceeds their grasp. At the dawn of this confused journey into manhood, his crush on his babysitter Ashley, five years his senior, has grown into something fierce. His attempts to woo her while she watches over him one night consistently fail. This storyline would seem to take a backseat as home invaders enter the house, but it works itself back around in an unexpected way.

Better Watch Out is a tour de force of subversion, reaching a level that would make Michael Haneke proud. It sets itself up as a standard home invasion film, and in the hands of sophomore filmmaker Chris Peckover, who injects the film with care and enthusiasm, that might have been enough. Had the film played out as I expected it to, I would have liked it anyway. Some movies play clichés well, and that’s the kind of movie I thought I was getting into. I wasn’t expecting what happens in this one about halfway through. Call it the turning point, it’s a moment that flips the story on its head in a way it can’t ever come back from. Juxtaposing all the film’s whimsy, this moment and the proceeding events produce the unpleasant feeling that what you are getting into as the viewer is not something joyful but that is instead tangibly darker, almost anxiety-inducing. But the very final moment acts as an emotional and tonal resolution, showing that the seemingly mean-spirited atmosphere is meant to be taken in jest. Levi Miller, as Luke, plays his character with an intense enthusiasm that is highlighted by his fascinating arc. Olivia DeJonge plays Ashley with tough vigor, never acting like a helpless victim even when she’s put in the role of damsel-in-distress. Ed Oxenbould’s character, Garret, starts as the foul-mouthed jokester but ends up with perhaps the most emotionally impactful moment of the film. All three shine brightly in their performances, and together they interact in a way with which there is a sense of past and familiarity between their characters. Certainly DeJonge and Oxenbould are familiar with each other, having previously collaborated as the siblings in The Visit. Combining the wit, twists and turns, and pure craziness of it all, there is certainly never a dull moment to be found here. But I have to wonder about Better Watch Out’s future popularity. No doubt there will be people who embrace its darkness, knowing the subversive nature of the film is meant to be taken lightly. However, its whimsical unpleasantness may turn some people off. I think at the very least, Better Watch Out will live in cult status, but I hope it gets more than that. It deserves it.