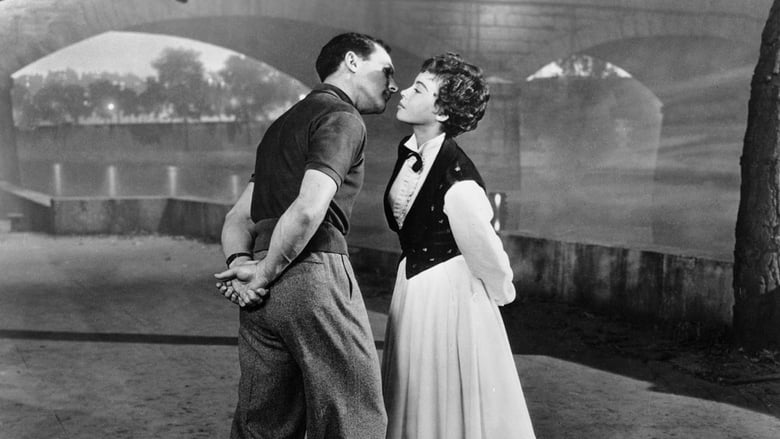 An American in Paris

by Gideon58
posted on 9/06/17
in
AN AMERICAN IN PARIS
The MGM gloss at its zenith, Vincente Minnelli's sparkling direction, the incomparable George Gershwin music, and the magic that is Gene Kelly are the primary reasons An American in Paris, a lavish and deliciously entertaining spectacle became an instant classic and won the Oscar for Best Picture of 1951.

Strip away all the elaborate window dressing and what you have here is a typical MGM musical at its core. Gene Kelly plays Jerry Mulligan, a penniless American painter who decided to remain in Paris after the war who is not having much success as a painter, evidenced by the cramped one room he lives in. Things begin to look up when a wealthy art patroness named Milo Roberts (Nina Foch) is attracted to Jerry's work (and Jerry as well) and wants to sponsor Jerry's work, even though Jerry is not keen on being a kept man. Jerry's fear of being under Milo's thumb is further complicated by his attraction to a pretty shopgirl named Lise Bouvier (Leslie Caron), who is involved with a nightclub entertainer named Henri (Georges Gueteray) who has been offered a job in America and wants Lise to marry him and relocate with him.

Needless to say, because this is an MGM musical, the plot is so not the thing. Alan Jay Lerner's screenplay does have a surprisingly adult sensibility that neither Minnelli nor his cast shy away from. One thing that attracted me to this very special musical is that its inspiration from work of the past and how it clearly inspired work of the future. The incredible ballet (brilliantly choreographed by Kelly) definitely owes something to Agnes De Mille's dream ballet in Oklahoma!. Kelly's pas de deux with Caron to "Our Love is here to Stay" was definitely inspiration for Astaire and Charisse's "Dancing in the Dark" in The Band Wagon and Caron's introductory ballet to the tune of "Embraceable You" was clearly inspired by Vera-Ellen's "Miss Turnstiles" dance in On the Town. Patricia Neal's character in Breakfast at Tiffany's and Eleanor Parker's in The Sound of Music reminded me a lot of Nina Foch's fabulous Milo.

Other musical highlights include Kelly's I've Got Rhythm where he charms a bunch of kids; Oscar Levant's dream sequence where he plays every member of the orchestra and Gueteray's "Ill Build a Stairway to Paradise", a number I never tire of due mostly to Gueteray's gorgeous tenor that's just irresistible. I also liked the idea of "'S Wonderful "S Marvelous" re-thought as a duet for Kelly and Gueteray. Gershwin's flawless music doesn't need a lot of "help" and thank God, Minnelli and company realized that.

Gene Kelly has never been more sexy and charismatic onscreen and that includes Singin in the Rain. Leslie Caron enchants in an impressive film debut as Lise...yes, her inexperience as an actress is obvious, but when she puts on those pointe shoes and does an arabesque, you really don't care. Oscar Levant's deadpan delivery is perfection and Foch is a revelation with her stylish Milo Roberts. The film won six Oscars, including Best Picture and as good as I thought this movie was, was it really better than A Streetcar Named Desire or A Place in the Sun? I have no issues with the other five Oscars it won and for lovers of musicals, this is a dream.
ģ More about An American in Paris
ģ More reviews of An American in Paris
ģ More reviews by Gideon58