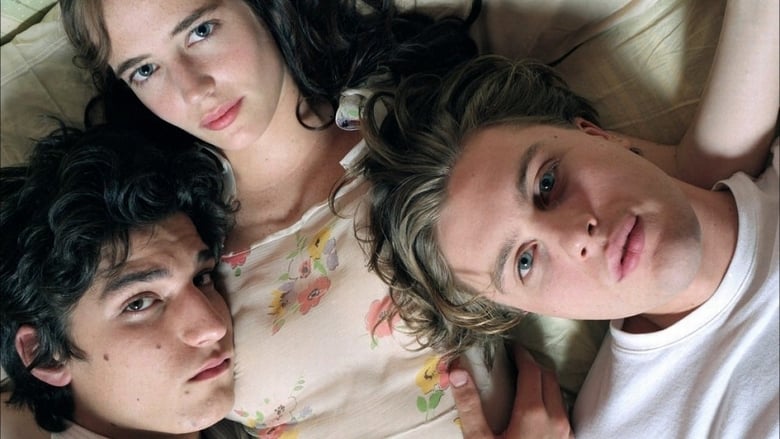 by The Silver Bullet
posted on 7/21/04
in
And if I was a captivated before – my God! – well, now I was entranced. As the three beautiful, protagonists of Bernardo Bertolucci's intoxicating The Dreamers – Isabelle (Eva Green), Matthew (Michael Pitt) and Theo (Louis Garrel) – began to walk along the side of the Seine, a music, so wonderfully nostalgic for some reason, began to rise on the soundtrack – and as any well-versed film buff would tell you, that music was straight from Les Quatre Cents Coups (d. Franēois Truffaut, 1959), the film that ushered in the French New Wave and that had obviously changed these characters lives.

The Dreamers, which has just finished its run at the Gold Coast Arts Centre, is Bertolucci's complex, striking and truly romantic love letter to the cinema – to the "seventh art," to all its practitioners, and to a time when films could change one's life.

The reference to Truffaut is by no means isolated, and the film is literally overflowing with knowing winks to the films and filmmakers that have impacted upon Bertolucci. "I was born in 1959," declares Isabelle, "and do you know what my first words were? New York Herald Tribune! New York Herald Tribune!" Oh, to have lived in a time when movies were far more than something you'd go to see on a Saturday night and when cinema was something you lived! When Isabelle first meets Matthew, she can't help but observe that he's simply "too clean" to be someone who loves the cinema. If you really loved the cinema, you wouldn't have the time to wash.

Bertolucci's film is set in a time when cinema meant far more than just "going to the movies," and has been made for those of us who, somehow, still believe that it can and does. Set in the Spring of 1968 [a time when, as Roger Ebert notes in his review of the film, "the planets of Sex, Politics and the Cinema aligned"], the picture is a tribute to the idealism of the era – an idealism that, quite frankly, believed that film could change the world. While to some film students today, of course, the year 1968 may mean very little, this was truly a revolutionary time and cinema was there at the eye of the storm [a thought that, today, is sadly kind of ludicrous]. In the February of 1968, Henri Langlois, the co-founder of the Cinémathčque Franēaise, was forcibly removed from his official post by the increasingly hostile Gaullist government and the backlash had been suitably enormous [for a more comprehensive look at the Langlois Affair, see the extra features on the Criterion Collection edition of Baisers volés (d. Franēois Truffaut, 1968)]. Cinéphiles, critics and filmmakers alike took to the streets in defence of Langlois, and the film, with such obvious longing for the time and its fiery passion, revels in recreating the protests [keep an eye out for Antoine Doinel] and then despairs at the inevitable riots [the latter of which, one can't help but feel, Bertolucci can't help but regret].

Of course, in the middle of this "historical epic" [it's not really one, though could always be seen that way] is the film's dramatic action – the strangely endearing menage-a-trois between Isabelle, Matthew and Theo. Like the films of Godard [one of which is the subject of Bertolucci's most astonishing homage], The Dreamers, despite its historical backdrop, is ultimately interested in the individual and individual's role in the annals of history. The human experience – be it sexual, political or even cinematic [and be it the character's, ours or Bertolucci's himself] – is ultimately a holistic individual experience – everything is interconnected and "one" [like Isabelle's lighter on the kitchen table]. Our place in history is our own to choose and we decide the roles we play.

The major criticism that I've read in regards to The Dreamers is that it fails to offer a completely accurate depiction of the Langlois Affair or of the student revolution that took place in the May of 1968. In my opinion, however, it really doesn't need to. As with the somewhat similar Almost Famous (d. Cameron Crowe, 2000), all The Dreamers needs to do [and in my opinion does it] is create the feeling of being there and more importantly of feeling it – and if Bertolucci does anything at all, he more than certainly feels it.

For those of us who live, breathe and love the movies, The Dreamers is something that we can grab and hold on to. It's as accurate a depiction of pure cinéphilia as I've ever seen, and it's a reminder – to those among us who may have forgotten over time – that cinema actually means something, and that it can ultimately change our lives.
» More about The Dreamers
» More reviews of The Dreamers
» More reviews by The Silver Bullet