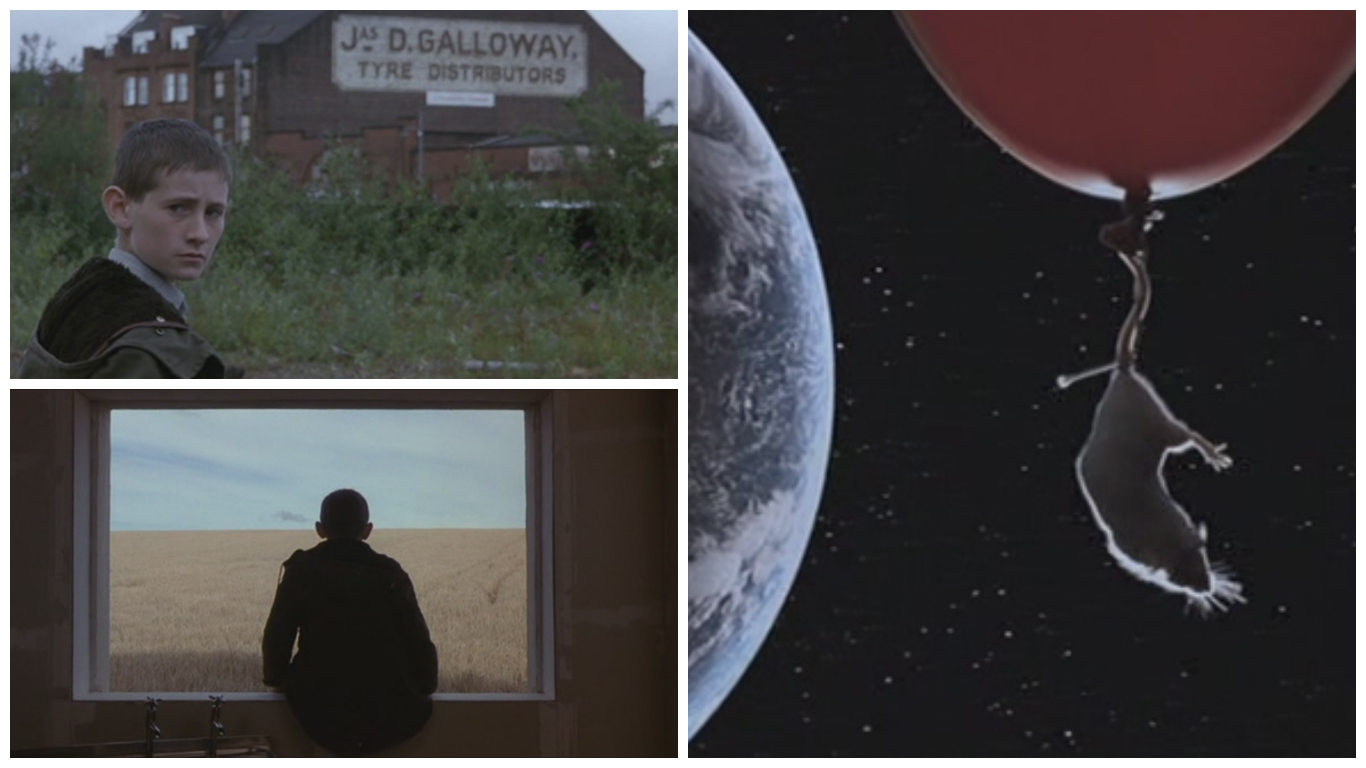 I was amazed to hear that this was Lynne Ramsay's debut feature. I enjoyed "We need to talk about Kevin" alot but Ratcatcher was a totally different type of film that hasn't really threatened my radar until recently, and I have to say it is up there with the best British movies I've ever seen. Seriously.

It's also one of the grimmest, dirtiest, melancholic films I've ever had the pleasure of seeing. There are pay offs to counter this, but they are few and far between. I can't say that downbeat films get to me, as if a film is good then it's good and I feel glad that I just watched a terrific film rather than "depressed" at it's content. And this is one of those. So maybe it just suited me, or my mood at least.

Set during the waste removal strike in Glasgow in the early 1970s, it's a tale of death, poverty, learning, awakening and guilt. It follows the story of a young boy called James who goes from hardship to hardship while dreaming of a better life. There are some mesmerizing sequences that won't leave me in a hurry including pairs of gasses, balloons, cornfields and bathtubs. Right from the opening sequence that deceptively tantalyzes us with a young boy trapped in a curtain, we are thrust into this mini world of typical childhood pains.

The manner that Ramsay unfurls James' thoughts, experiences and actions is as engrossing as it is clever, and the last 5 minutes, while being slightly ambiguous is utterly beautiful. The first half conjures up obvious comparisons with other British movies delving into the working class like Kes, The Selfish Giant, Gregory's girl, I Daniel Blake, Tyrannosaur etc - but what we're left with is a more cerebral, contemplative experience than those movies, that percolates in the mind for a long while after viewing stops.

Rachel Portman's score is also worth a mention. It weaves in and out at crucial times, yet there are moments of silence that Ramsay perfects in order for us to be transfixed at James' actions, and the end piece of music is beautifully timed.