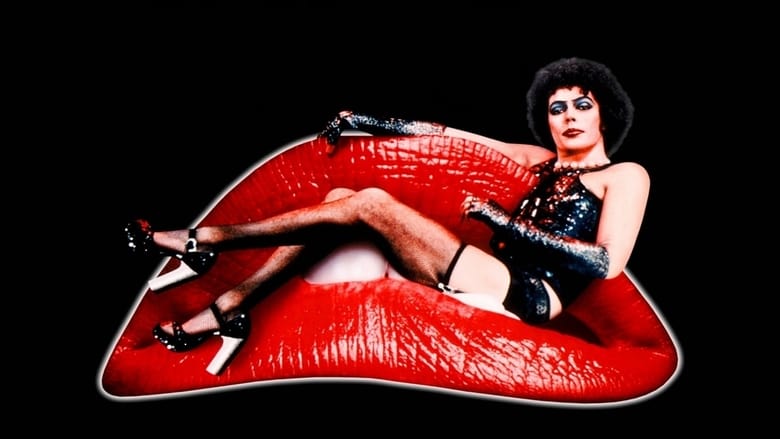 Been long on my watchlist, plus certain people around here seem to think I'd have an affinity for it. I wonder why.

This was way more head****ery than I was prepared for. I probably underestimated the sort of source material they were going out of their way to parody here, but taking it for what it is, I'm pretty underwhelmed.

There are moments throughout where I feel like I get what they were going for (such as when Frank N' Furter elucidates the purpose of Rocky Horror in song), but then there are others that just completely lose me (like the end when Frank N' Furter de-petrifies everybody into white face, corsets, and fishnet garters to perform a song everybody just goes with for some reason).

Originally Posted by Wikipedia
Since his youth, O'Brien had loved science fiction and B horror movies. He wanted to combine elements of the unintentional humour of B horror movies, portentous dialogue of schlock-horror, Steve Reeves muscle flicks, and fifties rock and roll into his musical.
Oookayyy... I think you succeeded in doing that... I'm just not all that impressed with the final product.

For one thing, what's the purpose of the Narrator? He's not funny, he adds virtually nothing to the movie, and in fact he chops up the movie's pacing which already suffers from stop-and-start by forgoing the continuous soundtrack and rhyming-out-of-song options.

Musicals live and die by their songs and I can see the appeal in Sweet Transvestite and The Time Warp, but those are very shallow peaks to me. Most of the songs barely registered to me at all and a lot of them suffered from poor clarity in delivery, especially with respect to Riff Raff who I can barely understand. I probably missed most of the lyrics because of this reason, some combination of goofy voices, chorus, echo, and sound leveling made it all disappear into the background.

That and I'm not especially fond of 50s style music, if that's even what you could call what this was.

Tim Curry is obviously solid in this movie and it's cool to see him slip into such an unconventional role (I think he pulls off fishnet garters quite well), but it's definitely not my favorite role he's played and frankly, having him sing throughout most of his screentime removes much of the opportunity he has to show much of his reactionary wit. There was one instance of it when WhatsHerFace describes Rocky Horror as "okay" and it stops the train of compliments dead which gives him a deathly slow headturn, and THAT'S great, I just wish there was more of that. 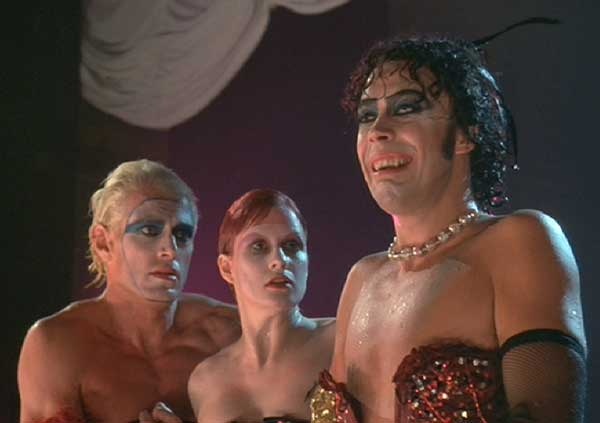 Please stop. Too far. Go back.

I also stress a distinction one may not recognize in musicals and that is the function of the songs. In Nightmare Before Christmas you can point to multiple occasions in which the song serves to develop the characters involved, transitioning them from one behavior to the next such as Poor Jack, in which Jack begins the song thoroughly defeated by his ambitions before resolving by the end to go back to what he's good at and not let it get him down.

Compare this to Willy Wonka, or Chitty Chitty Bang Bang, or even Rocky Horror Picture Show in which the songs revolve around simply describing a plotbeat. There's A Light is probably the most glaring and unforgivable of these, because it incessantly repeats the same point over and over "there's a light in that mansion over there, someone there might be able to help us", but even in-movie it doesn't make any ****ing sense because even if you were to abstract out the fact that the characters are singing the plot, they're still either walking slowly or or standing stock-still in pouring rain in slack-jawed discovery "OMG A LIGHT, LET US STOP WALKING, LOOK INTO EACH OTHERS' EYES MEANINGFULLY, AND SING ABOUT HOW WE SEE A LIGHT FOR SEVERAL MINUTES WHILE WE NARRATIVELY JUSTIFY THE OTHER CHARACTERS STEALING OUR CLOTHES LATER".

That doesn't even make any sense either if you think about it.

"Would you look at that we got a flat tire."


"I saw a mansion A FEW MILES BACK, I'll just walk over there in the pouring rain and ask for help."

"Oh I'll come with you cause I'm jealous that you'll abandon me in a broken down car in the woods in the rain for a random women who may live there."


"Sounds good, why don't you take a newspaper? That'll keep you dry."

Nevermind the literal non-reaction to the resident transvestite scientist axing a guy to death, no it's the singing and dancing that are really terrifying. Oh, you want my clothes? I see no issue with that, see I only wanted a phone, but it looks like I'll be staying for a while because reasons.

Frankly, if they were going for "unintentional comedy" you can't really do it intentionally unless the parody is clear. Rival Scientist Guy expressing some sudden and profound familiarity with the technobabbly trans-whatever device I get, but even that wasn't funny, so what exactly am I missing besides the absurdity of it all?

Better songs would have gone a long way.