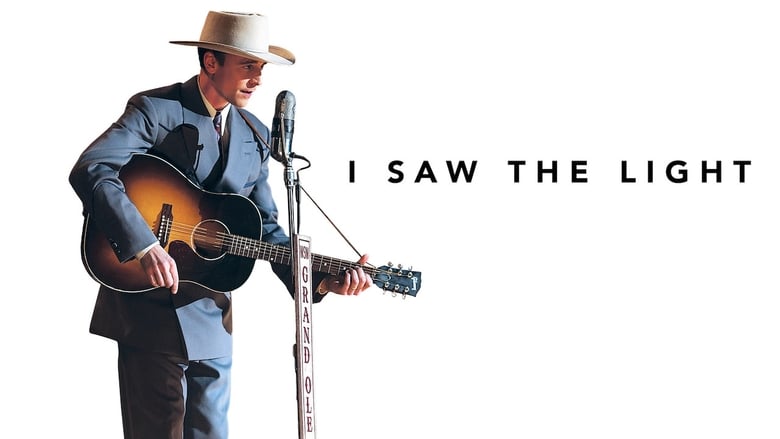 I Saw the Light

by Gideon58
posted on 3/04/17
in
I SAW THE LIGHT
2015's I Saw the Light is a dark recounting of the life of country music icon Hank Williams that, despite a charismatic performance from the leading man, suffers due to a cliched screenplay and lethargic direction.

The film opens in 1944 at the quickie justice-of-the-peace wedding of Williams to his longtime girlfriend, Audrey, who also wants to be a music star. The film follows Williams' humble beginnings on an early morning radio show to his first recording contract with Roy Acuff and Fred Rose, through his brief but monumental success with his dream, the Grand Ol' Opry until his tragic and much too early death at the tender age of 29.

Despite the brevity of his career, Williams has always been considered the king of country and western music, the artist who set the gold standard in country music, mainly because he insisted that the success he achieved be on his terms and, according to this film, his terms were almost always non-negotiable and having things the way he wanted them required a lot of sacrifice he wasn't crazy about making and hurting a lot of people he really didn't intend to hurt including his beloved Audrey, who was the just the tip of the iceberg on his victim list.

Of course, as is with most musical biopics, we aren't shocked by the reveal that Williams was an abusive alcoholic who could not keep his fly zipped, wreaking havoc on what personal life he had. Williams was revealed here to be rather selfish in his pursuit of stardom as we watch him quietly and methodically crush any attempts Audrey makes having at a career, a career she apparently wanted but didn't really have the talent. Though this movie never really makes clear which one is clear...did he keep Audrey down to keep her out his way or did she really not have the talent? 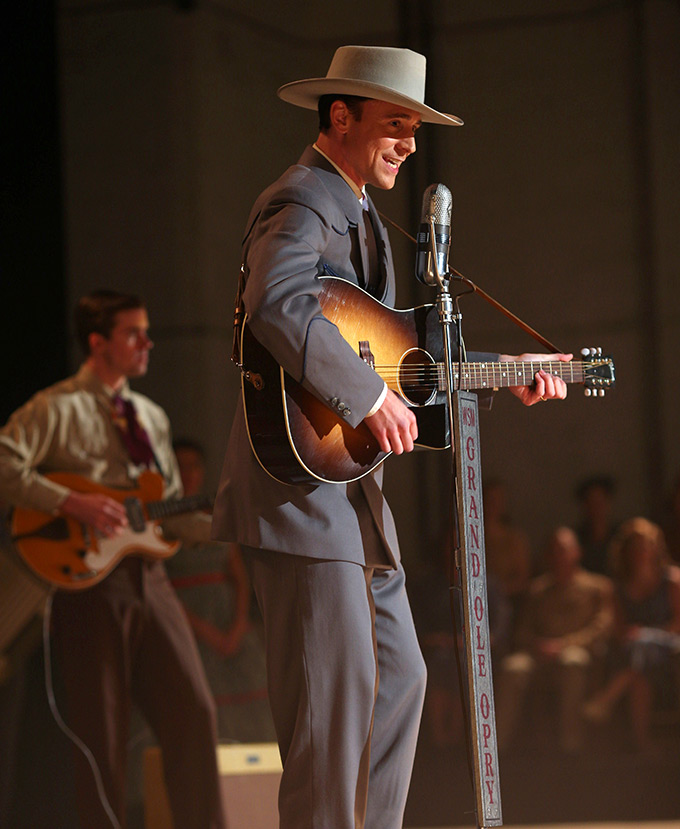 Writer and director Marc Abraham has mounted a detailed tribute to this show business icon that doesn't necessarily paint him in a flattering light, but does let the viewer in on an unknown tidbit here and there. Before viewing this film, I had no idea that Williams suffered from Spina Bifida, a crippling back disease that found Williams backing out of a lot of commitments that he makes, not to mention intensifying his drinking. 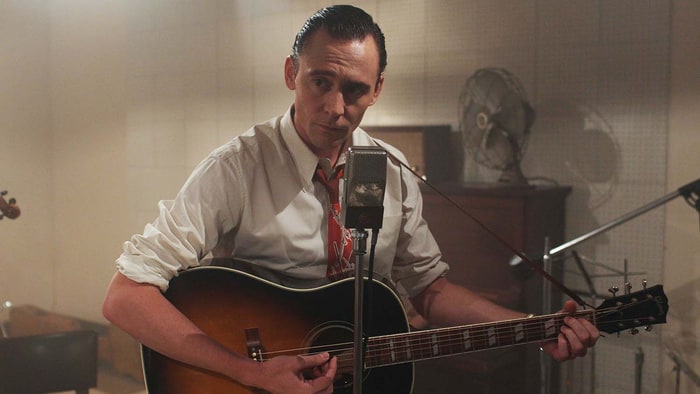 As stated, this is a detailed look at the star, perhaps a bit too detailed, suffering from an almost deadening pace that makes a two hour film seem like four. Tom Hiddleston does light up the screen as Hank Williams, bringing a surprising combination of sincerity and sexiness to this character...watch him especially in his onstage sequences, Hiddleston almost brings an Elvis quality to this character that is quite irresistible and Elizabeth Olsen holds her own as the tormented Audrey. Kudos as well to Cherry Jones as Hank's mother and Wrenn Schmidt as another eventual knot on Williams' bedpost. With tighter direction and writing, this could have been quite amazing, but Hiddleston still makes it worth a look.
ģ More about I Saw the Light
ģ More reviews of I Saw the Light
ģ More reviews by Gideon58