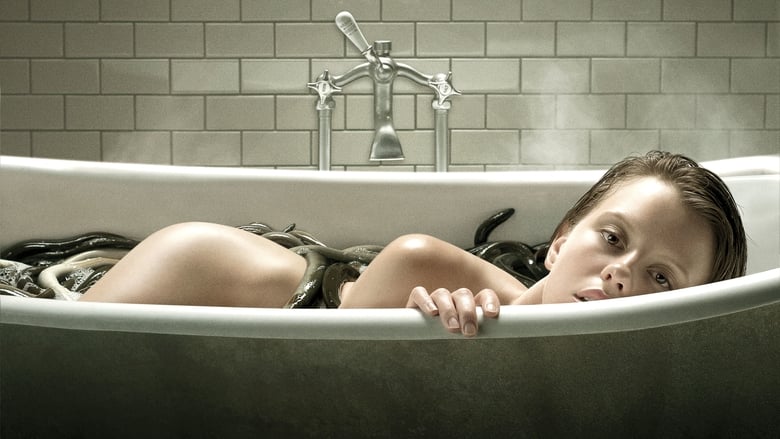 A Cure for Wellness

by skizzerflake
posted on 2/18/17
in
A Cure For Wellness - An Updated Version of German Expressionism?

A cure for Wellness was directed by Gore Verbinski. Based on Wellness, I’d expect Verbinski to be some accented guy from Middle Europa, but no, he’s an American whose background includes fare like the Pirates of the Caribbean movies. So, why do I think of Europe? To take it back to the beginning, A Cure for Wellness is a movie with long and deep roots in the horror genre. We begin with the star Dane Dehaan, playing Lockhart. He’s a young, rising Wall Street shark who is assigned the task of retrieving an upper management guy Pembrooke, who has retreated to a spa in Switzerland and is needed back in the Big Apple to hold off some sort of financial apocalypse. The assignment seems to be below Lockhart’s ambitions, but he has to do it and expects to be in and out in hours. Because this is a horror movie, of course, the audience knows that it won’t be that simple.

When Lockhart arrives at the beautiful, luxurious mountaintop castle spa, he begins to discover that leaving isn’t as easy as entering. It’s the “roach hotel” of cures. Its beautiful, orderly and good to its patients who are said to benefit from the antiquated, low tech water cure promoted by the spa. Nobody seems to leave, including the young, pretty Hannah (Mia Goth) who is getting “special” attention from the head “therapist” Volmer (Jason Issacs). When the film begins, Lockhart is not a likable character. You want to blame him for the 2008 crash, just because he’s so abrasive, but he’s too young for that to be fair. As the movie progresses, however, you start to feel sorry for the guy as he assumes the victim/hero role. This being a horror movie, you know it’s only going to get worse and, as the story progresses, we see dark doings in the old castle. Will Lockhart escape? Are things any better down in the town below with all of its sketchy, damaged looking inhabitants? What about Hannah, the seemingly underage, gloomy girl who spends her time walking on the parapets of the castle, being treated in a creepy way by the scary Volmer? Who and what IS she?

I’m not saying. It would be revealing too much. Instead, I’m going to note the interesting references and influences in the movie. If you were paying attention in European literature class, you might recall early 20th century classics like Thomas Mann’s The Magic Mountain or Hermann Hesse’s Magister Ludi. Wellness is not those, but it does draw on that tradition of an isolated, Germanic mountain top where elites idle away their lives, removed from the ugliness of being down in the real world. It also draws on that old Germanic idea of artificial perfectibility of humans, who can be lifted from the grime by intellectual, physical or spiritual pursuits. Mann and Hesse also dabbled in this and, at its worst, the Nazis turned it into abomination. Earlier on, the infamous German alchemist Johann Conrad Dippel, the guy who actually lived in Castle Frankenstein (for real), had attempted all sorts of ways of doing this, including the transfer of souls from one body to another, the result being a conviction for heresy. Dippel became immortalized not by soul transfer, but by Mary Shelley in her book Frankenstein. Wellness seems to be the next over-the-top version of a pursuit that has always been over-the-top.

Did I like A Cure for Wellness? Yes, I did. I liked it because it went full out into that mid-Europa weirdness and didn’t back down from gothic strangeness. Some reviewers have said that the end is impenetrable, but it’s only a little further gone than the things that the real Conrad Dippel tried to do back in the 1700’s. Visually, it’s a wonderful film, full of hauntingly composed images. The image quality is amazing and appears to be a full out use of HDR and high-resolution digital imagery. The plentiful digital effects are quite good, making it possible to actually visually realize that whole magic mountain thing.

Acting and direction are also excellent. Dane Dehaan is excellent as Lockhart, making the transition from arrogant Wall Street prick to terrified “patient” and into rebellious hero in good form. As always, Jason Isaacs creates an excellent villain in Volmer, transforming his face from OK to evil in an instant. Mia Goth (What? Me A Goth?) seems perfect in her role as the fragile waif Hannah, the enigmatic project of Volmer. The rest of the cast is serviceable, but their roles are lesser. As horror movies go, it’s unusual. It runs 2 1/2 hours, much longer than the usual 90 minutes that horror movies get. It doesn’t use the usual horror movie scares and monsters, but delves into the 19th century weirdness like the original novel of Frankenstein and Dracula, that spawned 20th century horror and the classic Universal Studios movies and all their German Expressionist imagery. Whatever you might think of it, it’s not the usual date-night slasher film. I don’t think it’s a great movie, but it’s well worth reveling in the sets, cinematography, imagery and the strangeness of the plot and interesting to speculate what those German Expressionist film makers would have done with the technology used to create this movie. I’ll choose 2 1/2 hours of meandering mid-Europa, post-Frankenstein horror any day over most other recent horror flicks. I’m sure I will seem excessive in giving it a 4, but it’s such a long stretch between interesting horror flicks, that A Cure for Wellness seems worth the rating.