I was lucky enough to get to watch this film in the theater, and it was an incredible experience. I view the movie with a completely newfound respect and appreciation, and view the movie in a whole different way now. This film is incredibly hard to review, because I just don't know what to say. The film has so many parts to it that it is impossible to completely summarize or review. This movie is about change, most importantly evolution. This film tells the story of human's evolution into a greater and more intelligent being, whether that be a computer, a monolith, or just a bunch of monkeys.

2001: A Space Odyssey does not limit itself to one theme, story, or main character, it cycles through, and this is its genius. The film seamlessly travels from story to story and literally takes the audience on a trip through time and space. I think my personal favorite scene in the film is the one of the moon when the scientists are viewing the monolith. Every single shot is brilliant. This film invented the phrase "every frame a painting" and for good reason. The one thing that no one can disagree on about this film is that it is absolutely beautiful. It is possibly the most gorgeous movie I've ever seen, and it is nearly 50 years old.

I have refused looking up the meaning behind the film, and I stand by that. I think that this film has no meaning. It means whatever you want it to. For me, it is the story of the evolution of intelligence and technology. The "Jupiter Mission" section of this film is probably my favorite of the film's four chapters. HAL 9000 isn't introduced for about an hour of the film, but he is still the most memorable thing about it. The human characters play second fiddle to the overarching story, and no human character in this film gets much more than 30 minutes of screen time.

People criticize this film for putting in too much unnecessary stuff, but I completely disagree. Sure you could probably cut this film down to about an hour if you wanted to, but it would ruin the whole point. Space is slow and tedious. Watching the calm and dull just makes everything else that much more exciting and brilliant. I could probably praise this film for a lot longer, but I don't think I can say anything that everyone doesn't already know. So I'm gonna just end it here. 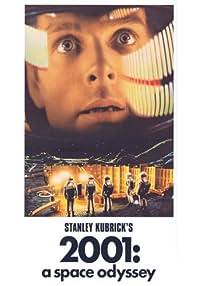