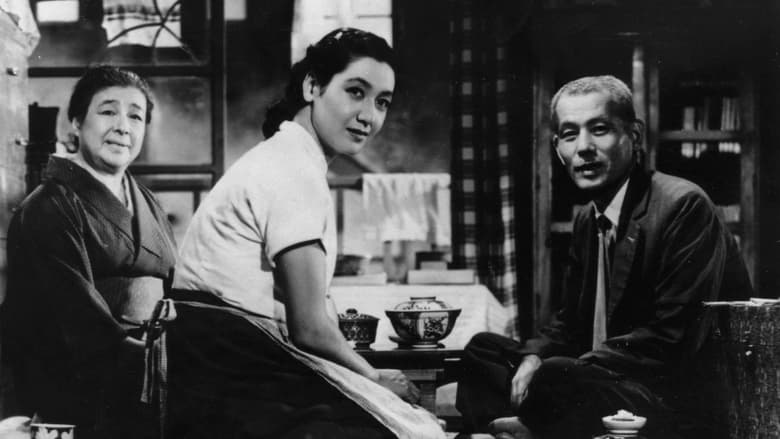 Besides his undeniable greatness as a visual director, there are plenty of other reasons why I love Ozu so much. One of the most important ones is that his films have a kind of fluent, natural, subtle and unforced way of conveying messages and wisdoms.

His most famous film, Tokyo Story, is a great example of this. Like Leo McCarey's wonderful Make Way for Tomorrow, the main thing the viewer is clearly meant to take away from this film is to respect and love the elderly (especially if they are your parents). This in itself is already one of the great strenghts of both of these movies of course. They both make the viewer think about a universal and important moral to uphold that easily gets forgotten if we wouldn't dwell on it from time to time.

The reason why both of these films are so effective, though, is that they are told in a very balanced way. The children aren't evil and the elderly aren't holy. They're all simply humans who have their own logical desires, irritations and values. We understand the children and we understand their elderly parents and yet, we can't shake off the feeling that the parents are the true victims.

The films even go out of their way at times to portray the children as the victims, but it simply strengthens their message. For instance, in Make Way for Tomorrow, the elderly mother is constantly annoying the guests of her daughter-in-law during an evening of playing cards and in Tokyo Story the elderly father and an old friend of his arrive at the home of his daughter blind drunk in the middle of the night and without even a warning. The films show us the emotions and the reasoning of both the children and the parents in these situations and against all logic, we still feel more empathized with the elderly. It's a testament to the greatness of these films. They feel so good about what they're trying to say, that they are not afraid to challenge themselves.

In all its wisdom, Tokyo Story is able to make the viewers observe and understand for themselves what's truly going on and the alcoholic escapade of the elderly father proves that. We come to understand that the struggles of the children are nothing compared to the struggles of the parents, even when those struggles are never literally spelled out or pointed at. We observe both sides and as witnesses, we simply come to feel that one side is in so much more actual pain than the other.

Instead of being told the message, Tokyo Story makes us feel the message, but that's only half of why the film is so great. What truly makes it a masterpiece, is that its way of manipulating our feelings can't truly be argued against in any way. It gives the viewer the impression, or perhaps even makes them realize, that what they've felt, is also the unadulterated truth. A rarity in art.