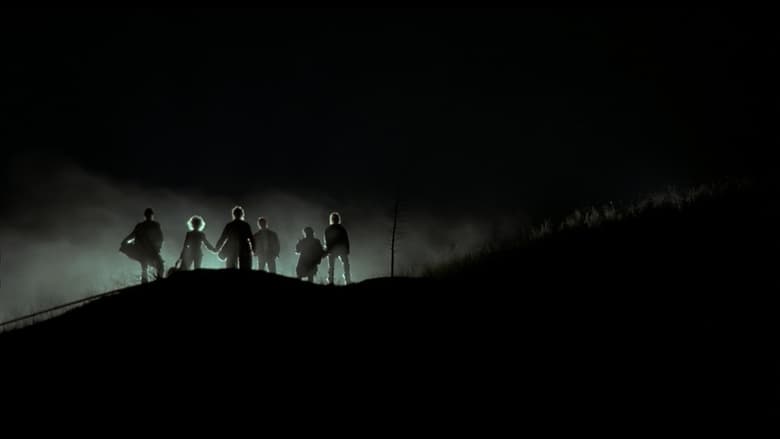 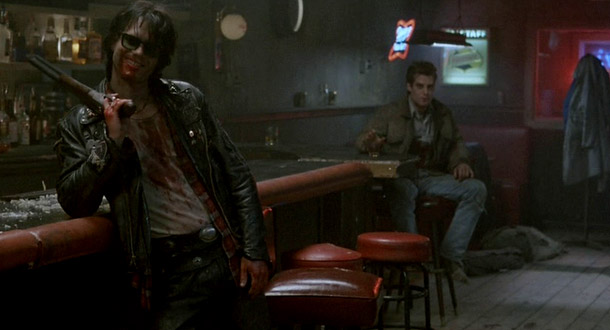 Originally Posted by Sexy Celebrity
I have to say I'd rather read your Near Dark review. I think it's an overrated movie.
WHAT'D I THINK? *SPOILERS*

When the movie opened up to "co-written and directed by Kathryn Bigelow", I was optimistic. I liked Point Break, I liked Hurt Locker, and I liked Strange Days, I was pretty confident that this female written vampire story would be far and away superior to Twilight at the very least.
And it's true, Twilight's got nothing on this movie, but I was pretty disappointed with it overall.

Firstly we set up an Overnight Romance between an ironically predatory Main Guy and secret Vampire Main Girl before he gets bit and we blunder headfirst into the age-old problem: Vampire Syndrome or what I think I'm going to start calling Vampire Hedonism. You can't make a protagonist likable if they prey on innocent people.

Fortunately this movie avoids total amorality by not insisting that Main Guy's new condition actually warrants killing and he refuses to kill at every opportunity, however we fall way short of the likes of Blade and Vampire Hunter D when he still thinks he can get in good with his confusing new vampire clan just by helping out and leeching on the blood they steal from others.

What we have is not a perpetrator, but an enabler, and that's hardly an improvement.

He also fails to establish any sort of cognitive dissonance between the killing he doesn't want to be a part of and Main Girl who's been doing this for years. That she kills people or even helps killing people never infiltrates his radar, even when he's demonstrably cured of vampirism by the almost insultingly simple solution of a transfusion, she still backs out, apparently preferring the company of killer maniacs over the virtuous Love Interest.

Originally Posted by Main Girl
Why did you leave?
Dude has a little sister and dad he wants to see again, you socially stunted shrew.

What I don't get is how or why undead Bill Paxton (whose easily the best part of the movie) and his little crew are SO ******* OBSESSED with getting back at him for leaving.

He saw their faces? SO WHAT? Nearly everyone you meet you kill anyway, you change vehicles every day, Main Guy's been living peacefully alone on a farm for days and there's no evidence that the police have been after you and yet these guys literally kill themselves in attempt to get at him. Where's the cost/benefit analysis in this stupidity? How did he cross them?

This on top of baffling plotbeats like when Main Guy takes a bus home and turns around to go back to the vampires for no ****ing reason as well as just general contrivances like broad daylight popping right the **** out of nowhere don't help carry what is otherwise a very tired and uninspired love story involving redneck vampire ********.

At the very least it kept me engaged, again, Paxton was fun and the effects used were kinda neat, but this movie's already got one foot in the grave.