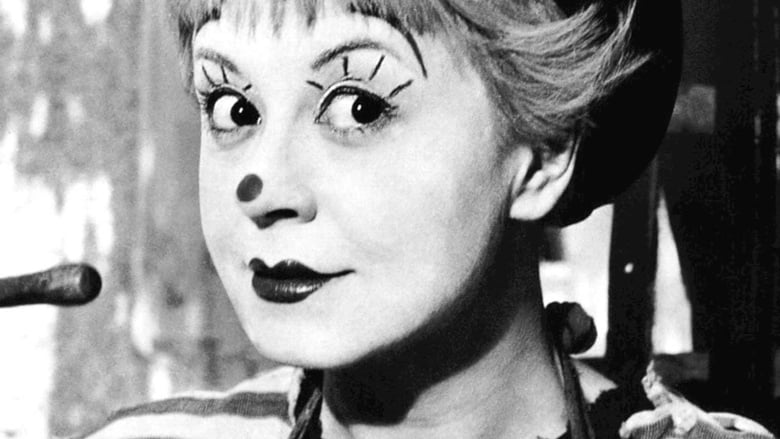 Fellini's first international hit is a simple, powerful, neorealstic parable which shows him stretching his neorealist roots further than I Vitteloni. He focuses on three characters, each who seems to represent a different side of humanity, in a road trip movie where often the simplest action or reaction draws a direct connection with the audience. Gelsomina (Fellini's wife Giulietta Masina) is the plain, simple, innocent sister of a woman who left with the brutish traveling strongman Zampanň (Anthony Quinn) years before. Now that the sister has died (under unexplained circumstances), Zampanň returns to pay the poor mother 10,000 lira to use Gelsomina as his new assistant. Thus, Gelsomina becomes a possession for the strongman to use in whatever way he sees fit, including sexually.

The thing is that the strongman only takes and never gives. He basically thinks about making money, eating, drinking, and "lovemaking", so if that means that he finds another woman he's attracted to, he'll just dump Gelsomina on the street and take off with the other woman for the rest of the night on his outsized motorcycle which includes something akin to a small truck bed behind it. Eventually, an antagonist of Zampanň's, "The Fool" (Richard Basehart), turns up. He's dexterous, both in the body and the brain, but he's also a fatalist who's learned to love life while he can, but he loves it in the opposite way of Zampanň. Instead of doing the same tired act over and over, like the Strongman, The Fool is unpredictable, in not only the way he performs his high wire act, but also in the way he treats most people charitably, except for the Strongman. The Fool never misses a chance to bust Zampanň's balls.

While there's certainly more to discuss, I don't feel the need at this time to delve further into the plot, disect the characters, analyze the visuals, etc. The one thing I will mention is that Nino Rota's score, with its multiple themes, is an inviting entryway into the film's realistic, yet still magical, world.
» More about La Strada
» More reviews of La Strada
» More reviews by mark f