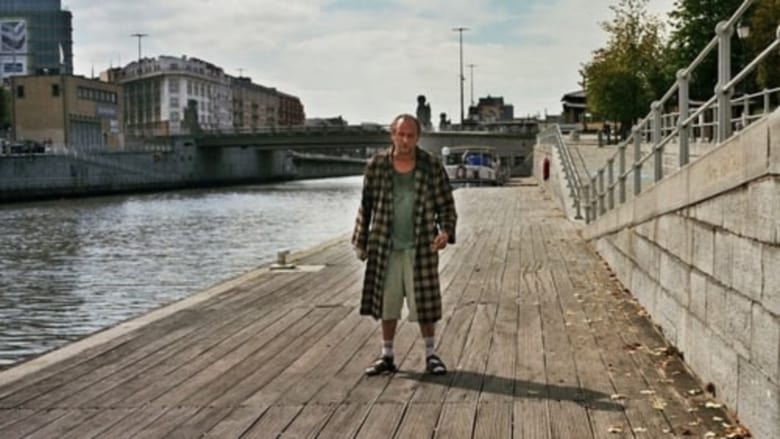 by christine
posted on 8/28/16
in
The Brand New Testament (2015) directed by Jaco Van Dormael.
Belgian film in French language

Ea is the 10 year old daughter of God. Missing her brother who has already departed this world, she lives with her father God who is a spiteful old man and her mother a sweet but browbeaten lady in a dark sealed apartment at the top of a tower block in Brussels.
God gets his fun by gleefully arranging petty irritating things to happen to humanity every day. God slobbing around the apartment drinking beer and bullying his wife and daughter becomes too much for Ea who decides to escape the only place she has ever known.

A scary prospect, but on the advice of her brother ‘JC’ she leaves home so that she too can find Disciples and write a ‘Brand New Testament’. Before she leaves she causes her father a giant irredeemable problem by breaking into his office and using his computer to dispatch texts to all humanity telling them the date of their death....

In this delightfully irreverent comedy the actors fulfil their roles beautifully. Benoit Poelvoorde’s God is bitter and twisted and downright cruel to his wife and child, he’s played with this manic vindictiveness which doesn’t abate when he comes down to earth. Trouble is when everyone knows the date of their death he loses the power of the unknown. God becomes redundant and he’s not happy!

Ea is played by Pili Groyne. She has a lovely natural style and ability to talk to adults without appearing precocious. Each one of her Disciples is gathered with gentle persuasion during scenes of magical surrealism. I’ve read reviews that class this film as a satire, but really I don’t think it’s biting enough to be called that. Perhaps the most satirical thing was the fact that God was bored so he made Brussels which for members of the EU is quite funny. For me it was more a tale of gentleness prevailing over the aggravations of normal life. However the concept of what shall we do with the rest of our life when you know how long it's going to actually be is interesting enough in itself.

The film's flights of whimsical fantasy won’t be for everyone but I’m thinking if you liked Amelie then you’ll probably like The Brand New Testament. Does God get his comeuppance? Wait and see