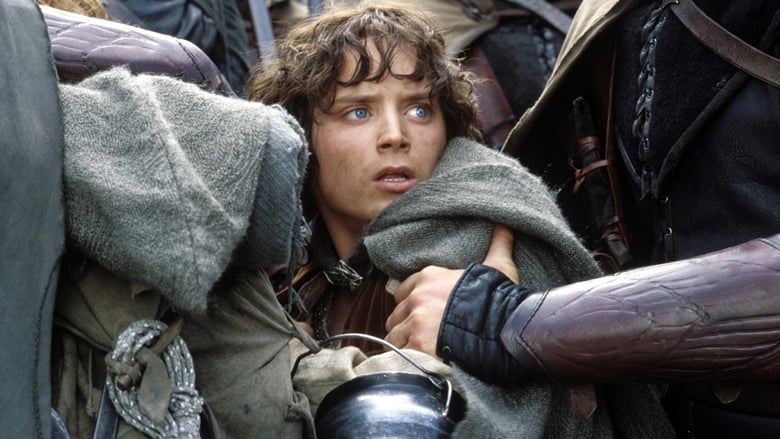 The Lord of the Rings:
The Two Towers

GUH! Tasteless, movie! A whole year after 9/11 and you name the movie THE TWO TOWERS!? You insensitive prick, spitting in the face of every unborn baby that leapt from the top floor to save it's life! You vile sick piece of scum, you're the ABSOLUTE WORST! You're like a nazi! You must hate America, ya nazi. Communist nazi. Hitler.

Tolkien should be ashamed of himself.

Seriously, when we see Helm's Deep finally realized I can't help but roll my eyes hardcore at people who insist that "the book is always better".

You must have a crazy vivid imagination buddy because I've read the book and it was nowhere near as funny, badass, and engaging as this, loyalty to source material be damned.

I distinctly recall one prevailing complaint with this movie walking out of the theater all those years ago and I still can't forget it: They skipped Shelob.

The giant spider that terrorizes Sam and Frodo actually appears in the Two Towers novel to my wildly unreliably memory, so I was really disappointed that the movie ended before she came up and she got shunted into the third movie.

Despite, the movie's still what, 3 hours long? AT LEAST? Still and incredible credit to one of the most frustratingly overlooked qualities in a movie: the pacing. It kept me engaged the whole way through EXCEPT for one bit...

Aragorn's flashback's to Arwen. No, movie, really. I REALLY don't care about this romantic subplot. I am totally uninvested in this relationship and no amount of flashing back to both of them kissing and glooming over mortality is going to suck me in. This is the perpetual dead spot for all 3 of these movies, all of the Aragorn/Arwen scenes. At least when Elrond's onscreen I give somewhat of a crap, cause Hugo Weaving actually brings some weight to the character. Somehow. Maybe it's just that I like seeing Hugo making an intense face and arguing with people. 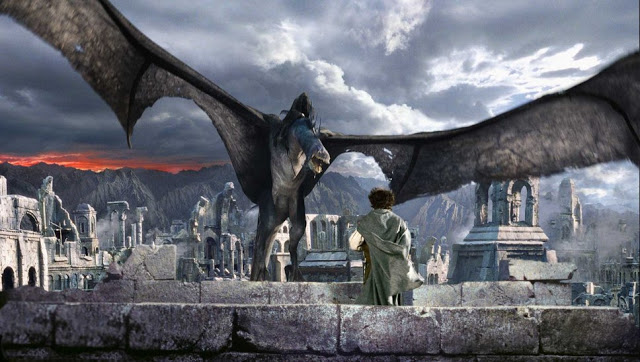 We've got a TON of new characters so I'm gonna devote a good chunk to this review just going over them in brief.

Gollum
Despite what's been said of his quality as a CG character and despite my admitted tendency to quote him ("My owwwnnn... my... PRECIOUSSSSSS...") I gotta admit he's really not a favorite of mine. He's got the odd moment of brevity and he works well as an object of sympathy to Frodo and a foil to Sam, but his tendency to make raspy shrieks alongside his incredibly unpleasant moments involving fish and rabbits require a degree of endurance. I will say Andy Serkis does a fine job acting him out and as I've seen by the special features he was one dedicated bastard to mess around in that mocap suit out in the cold.

I rather prefer Caesar from The Planet of the Apes reboot though.

Wormtongue
Brad Dourif. The guy's a creepy looking weirdo like Steve Buscemi, but just like Steve Buscemi he's great at playing creepy weirdos. I'll remember him best from *pulls out official geek card* Myst 3: Exile. NOW THERE'S A ROLE that's perfect for him. He plays the the main villain, driven mad by revenge and isolation and in a static point-and-click game he's legitimately one of the only ways you can die. You're just playing this (admittedly very challenging) story-driven puzzle game when SUDDENLY IT GOES REAL-TIME ON YOU and you have to flee screen by screen to escape Brad Dourif beating you to death with a mallet.

Theoden
I like 'em insofar as I can like any other well-acted character who dares claim the title of King of the Horse-Lords.

As for the rest of the characters:

Frodo and Sam start to gay it up,
Merry and Pippin finally serve some narrative purpose,
Gimli is officially the comedy relief character now,
Legolas is earning badass points faster than he can wash his hair between shots,
and Aragorn is reminding me of Berserk for some reason, I can't figure out how...

If the idea of a Warg battle doesn't sell you on this movie, then The Siege of Helm's Deep should. I really can't think of another movie that pulled off the medieval fantasy siege concept so well or in such a grand scale (even if it does take a few clear liberties). It's one of the most memorable action sequences I can think of in a movie and there's no shortage of stakes, inventiveness, and the off dose of humor.

Overall, remarkably solid, even if admittedly less emotionally engaging given how much thinner the narrative is spread across all of our characters now.