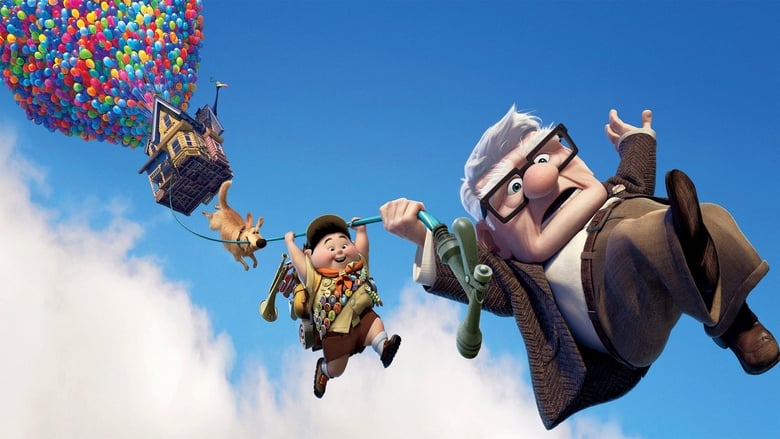 Most people already know about and/or have seen Up, so I'm not going to spend too much time discussing the plot any more than I'd like to mention that it covers about 70 years and involves friendship, love, marriage, family, adventure, dreams, trust, flying, children, pets, doing the right thing, believing in yourself, growing up, inner strength, fearlessness, and teaching old dogs new tricks, amongst many other great subjects. Another thing I love about Up (and this can be said about most Pixar flicks just with different details) is that they love movies just as much as we film buffs do because after all who are these filmmakers? They're just film buffs like you and me who are lucky enough to make their own dreams come true by creating films which pay homage to those that we all grew up with and love. Up seems to pay homage to The Lost World (1925), Hell's Angels, King Kong (1933), The Wizard of Oz, Buck Rogers, The Red Balloon, Sleeper, A Boy and His Dog, Star Wars (I was laughing my butt off at that one!), Raiders of the Lost Ark, Fitzcarraldo, The Witches, The Rocketeer, Jurassic Park, The Incredibles and several more. 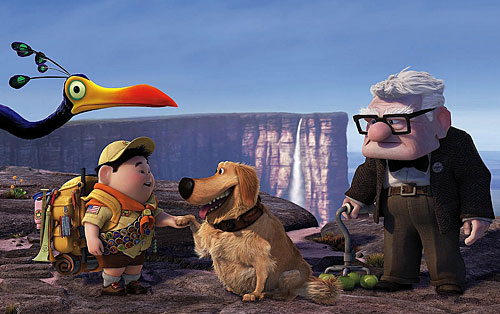 Michael Giacchino, the composer of Up's beautiful score and haunting theme, is quickly becoming one of my fave current musical score composers. He now has done The Incredibles, Ratatouille, Star Trek and Up in the last five years.

As far as a few other personal comments I have to make, irrelevant of whether others have shared them, Up has got to be one of the best titles of any movie ever made. Not only does it describe how the film transports itself from one setting to another, but it also describes how it transports most of its characters and hopefully all its viewers from beginning of the film to its conclusion. Up is a definite "feel-good" movie which should make people feel happy to be alive, so I hope you find it an "Up" because although I know there are millions of people out there who actually prefer "downer" movies because you see them as more realistic and a maturing of the cinematic ethos to rise above "fairy tales" and just tell it like it is... you know, you're going to die, get used to it; what matter does it make if you have a chance to be happy now and then? Movies need to tell the truth, and the truth is a downer! Sorry, but I don't think that a movie which has a happy ending (LIES?) is good and one that has an "unhappy" ending is bad. I just think that you should allow movies to work their magic on you no matter what they seem to represent, and perhaps more importantly, no matter how you feel about what constitutes a "real" movie and a "fake" movie. Up is just about as real as movies get, and there's no allegedly "real" person ever seen on the screen. HA!
ģ More about Up
ģ More reviews of Up
ģ More reviews by mark f