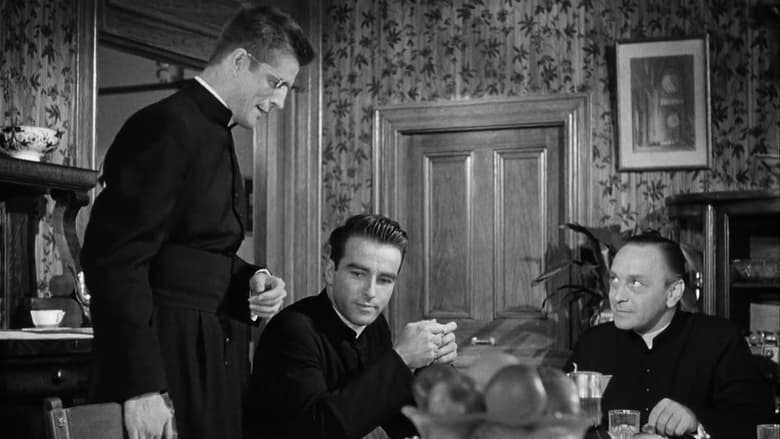 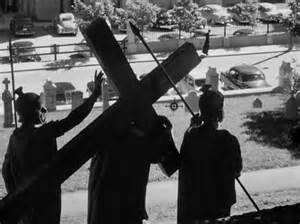 I really enjoyed this one. Couple of minor issues but overall very good. I love the setting here and consequently the cinematography. Maybe one of my favorite Hitchcock's to look at, with the setting and the iconography really sticking out. I love the themes explored here. One of my favorite portrayals of men in film is one that has to stand on his principles all alone with no one but him and God knowing all the facts. A character that has to keep his mouth shut and suppress his natural urges to prove his manhood is much more appealing to me than one who puts himself in physical danger. Because of those themes and the way Hitchcock weaves the story, the end was brilliant for me, as Hitchcock's endings often are. I even welled up during a couple moments.

I did think this movie could have been better. At just over 90 minutes there was time for more character moments. Keller in particular is a character who could have been fleshed out much more in my opinion. If he had been better developed the court scenes and the ending could have really hit like a sledge hammer. I loved Malden here, as I usually do, but I wish he was given a little more to do also. I was expecting a juicy scene when Clift goes to see him at one of the film's turning points. It didn't happen though. In fact that scene turned out to be barely a scene at all.

I have seen quite a few movies over the last couple of years with Clift and Baxter, separately obviously. I put them both in the same category. Their style of acting is conducive to certain characters, but not so much to others. I think Clift's character here is perfect for him. He is playing a tortured soul, struggling with his inner man. Not knowing which way to turn. Clift does great with this type of man. He looks as if he may break or vomit at any time. Baxter on the other hand is miscast here. She is cute as a button and thus easy to watch. However her style of acting is much more suited to the opportunist in All About Eve than the demure love sick character she is portraying here. Her style has an artificial quality that is believable in the former and not the latter.