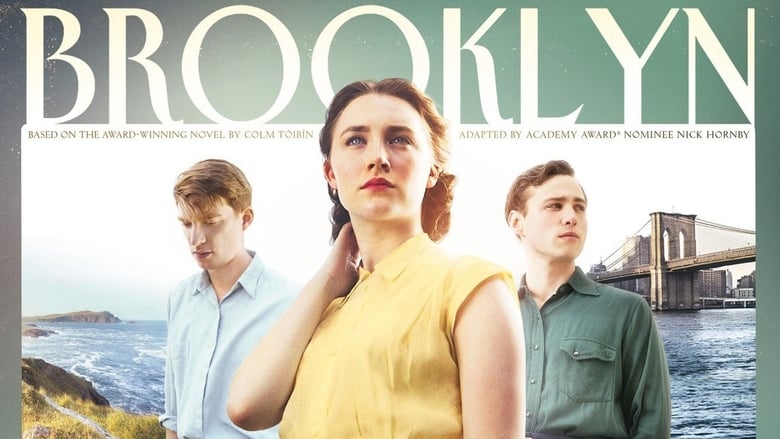 A young Irish girl leaves her mother and sister behind and travels to America in 1951. In Brooklyn she starts a new life for herself as she falls in love with a young Italian American boy.

Review: What a wonderful film! Lovely story telling, without the usual profanity, violence and faux sex that usually accompanies the typical Hollywood movie. But....this is not a Hollywood by-the-numbers movie, it's a finely made Irish-British-Canadian film directed by John Crowley. Cowley is an up and coming film maker with only five theatrical release movies to his name (films that he directed). After watching his very personal and charming story telling of Brooklyn, I'm keen on watching other of his films. And that says a lot for this movie! What I really appreciated about this movie is, it was made as if we were along for the ride. We see America for the first time, and we feel like Eilis Lacey (Saoirse Ronan) feels as she takes a room at a boarding house in a strange country and goes to work in a department store and struggles with her shyness, until she finds love and confidence. Latter in the film when she travels back to Ireland we feel as she feels, torn between her ancestral homeland in Ireland and her new home in America.

My highest praise is for an amazing actresses, Saoirse Ronan. She makes her character come alive by playing her character oh-so-subtly. I believed her character was real and that says a lot for this actresses.

So many films have to go 'big' in order to get the R rating and yet they fail to deliver any type of storytelling worth caring about. I cared about this film and it's story.

Sadly, it will be a long time until I find another new film that I like as much as I do this one.