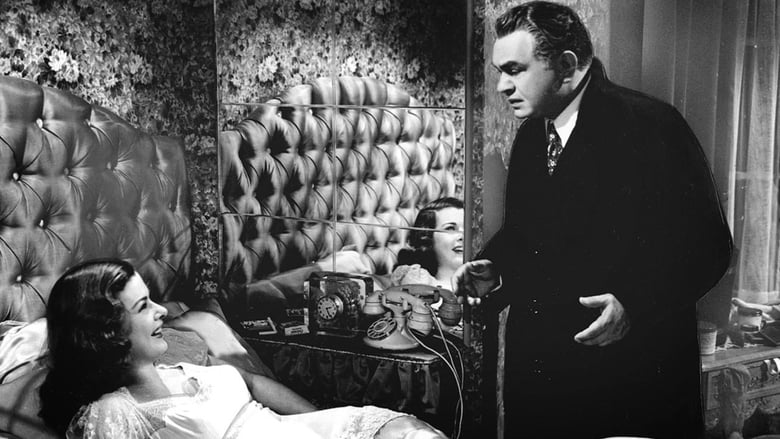 by donniedarko
posted on 7/10/16
in
Scarlet Street (Fritz Lang, 1945)
nominated by Citizen Rules I haven't seen much from Fritz Lang, prior to this I've only watched House on the River and Dr. Mabuse the Gambler. Neither of which I fully finished, so my expectations weren't extremely high for this. But I truly believe that Scarlet Street is a true masterpiece, and I don't use that term lightly. I immediately felt great admiration for this film with the realism of the characters, which is something that is often lacking in not only film noir but most films of this era. Even in some of the greatest classics prior to the 1950s, the characters in the film feel like just that, characters. In Scarlet Street they felt like people. While the supporting crew such as Christopher's wife or Millie lack depth- and I wouldn't apply this praise to them- the main cast is superb. Brilliant acting by Edward G. Robinson creates a compellingly real portrait of a pitiful and naive man past his non-existent prime, falling for a gold digger. His character reminds me of Dr. Isak Borg from Bergman's classic Wild Strawberries. The gold digger isn't just a woman though, it's her fiance as well. Both of which feel like true immoral villains. The way Lang balances the narrative between the three creates a truly empathetic first two acts for the audience. I felt extremely emotionally connected to this film, which is something I frankly haven't felt in a long time.

The first two acts are drama gold, but the third act is a true piece of artistic cinema. It's hard to delve too far into this without talking about synopsis, which is something I don't find interesting to write about.

The last 30 minutes are dark as can be. Satisfying, daunting, mesmerizing, and thought invoking all together. A midnight black piece of existential poetry. The final two scenes are perhaps as haunting as the finale of Psycho. A brilliant exploration regarding the rise of immoral-ism in man and the karma that is brought from it.