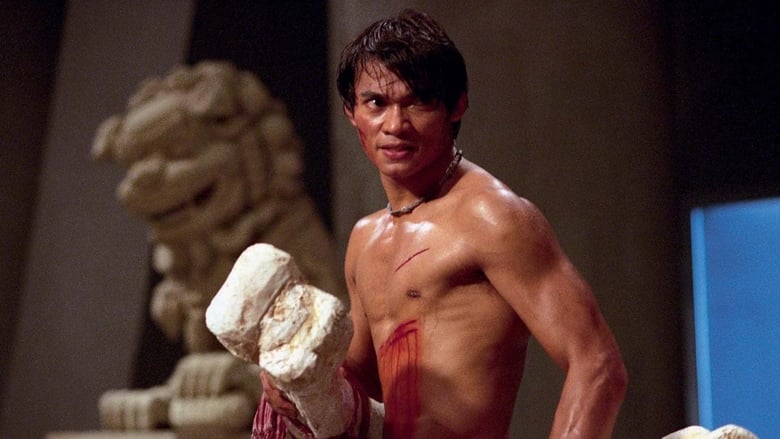 Contending for one of the greatest martial arts movies of all time, Tony Jaa's The Protector (or more appropriately titled "The Attacker" or "Tom-Yum-Goong" after the restaurant that is central to the movie) has nearly all the qualities you could want in one.

You got a warehouse fight against skate and bicycle enthusiasts, you got a rapid-fire showdown against a swordsman, MMA fighter, and a capoeira specialist (bonus points for that one

), you got a scene in which the main character singlehandedly cripples a room full of some 50 guys (a lot of bone-breaking sound effects followed shortly by a lot of tendon-cutting that's... kinda hard to watch), and best of all you got a 4+ minute long-take of Tony Jaa just storming a several story restaurant, throwing people off balconies, kicking them down stairs, putting people's heads through walls, glass, and vases, all culminating in the movie's first serious one-on-one fights which are also quite entertaining.

The fighting itself isn't anywhere near as complex as what you'd get with Jackie Chan, but it's suitably brutal when it's not flubbing mock punches.

There's a crappy CG historical flashback scene and a couple obvious composite shots, but the between-action scenes are mercifully brisk and just barely rationalize some sort of police corruption plot.

UNFORTUNATELY, this is where the other shoe drops because if you know anything about the plot already it's that the movie's basically "Dude, Where's My Elephant?".

Our character supposedly "cares" for elephants insofar as you can care for a creature you've specifically bred for war, and they get stolen by a crime syndicate who, in a morbid revelation, are revealing to be running a black market restaurant that sells dishes made of exotic and endangered animals. SO NOT ONLY do we have several Elephants in the movie, but we also have Monkeys, Turtles, Bats, Snakes, Pangolins, CG Scorpions, and probably other sorry critters I couldn't make out.

If the animals were all CG (as in good CG) and the elephants weren't specifically war elephants, I could forgive it, but NOT HERE.

Way to ruin a good thing.