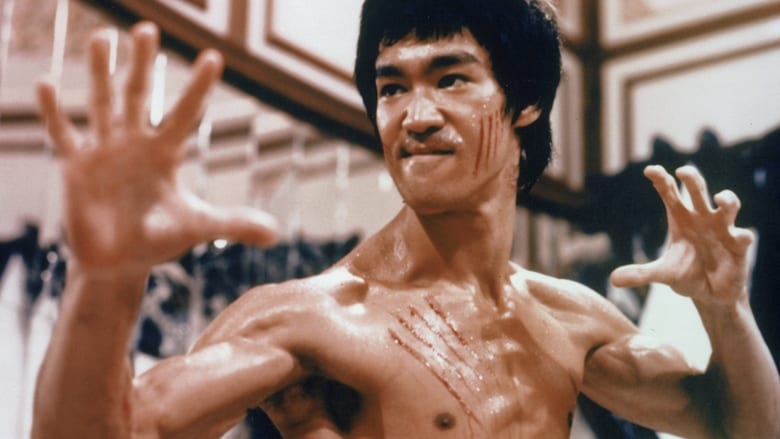 I know no one's holding it against me, but I HOLD IT AGAINST MYSELF! I've never actually seen a Bruce Lee movie. Time to fix that.

Oh Bruce Lee, ever the unheroic pragmatist. So now that I've finally seen a Bruce Lee movie what are my thoughts?

Not tremendously different from most martial arts movies I've seen. It opens with a fight scene which I feel is always a plus for these movies, but it easily takes half of the movie before Bruce really starts kicking some ass.

Until then the movie tries to ratchet up the stakes in about as transparent a story as you can get.

The villain has NOT only betrayed his temple,

he isn't even just the culprit that drove Bruce's sister to suicide,

but he's also a kidnapping martial arts master druglord with a prosthetic hand which can either be replaced with a custom bear claw or be used to menacingly stroke Mr. Bigglesworth.

The characters literally call him a cartoon in the movie and when he escapes through a secret rotating wall panel into a personal mirror maze I realized that description has never been more accurate.

Too bad they named him "Han", they could have named him "Mr. Evil", "Death McKill", or "Very Definitely Final Boss". 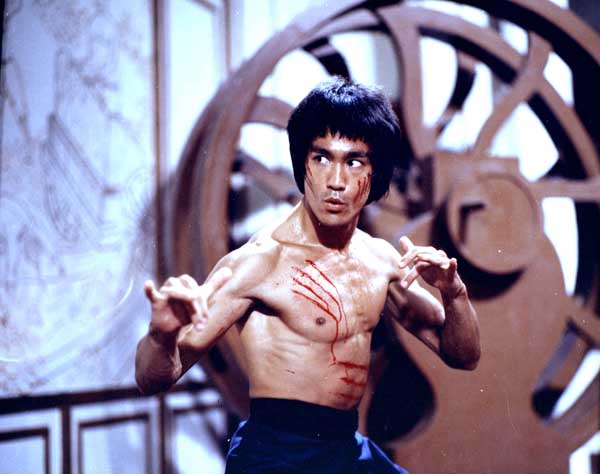 The dead sister backstory is a particularly baffling flashback in which she's walking with Bruce's mentor when they're confronted by Han and his thugs. Han approaches her, she beats him away, Mentor Guy knifes Sub Boss across the eye, and they inexplicably ignore him and chase after her during which she beats them into the ground repeatedly.

When they finally corner her, despite their unknown intentions and her proven ability to whoop their asses, she just gives up and stabs herself.

"DAMMIT. All I wanted to do was ask her out! WHY DO WOMEN ALWAYS KILL THEMSELVES WHEN I TRY TALKING TO THEM!?"

Naturally the biggest question is, how were the fights?

Nnnnn... They were okay. Nothing special. There are a couple cool moves here and there, but easily the best thing about any of them is simply how utterly insane Bruce Lee is, making his trademark yelping noises and baring the most hilarious messed up faces like there's a vice on his testicles and it tightens with every punch he delivers.

His general dialog is just funny too. He wanes between existential ******** about fighting and just generally not giving a ****. There's even one scene where some random guy on their boat walks up to him and asks to see his "fighting without fighting" style and he just says "Okay, but we need more room, why don't you get into this smaller boat and row over to that unknown island and we'll fight there?"

And sure enough the guy gets trapped on a sinking boat.

I think the best thing about Lee's dialog is his not-quite-fluent enunciation. Paired with his deadpan smirk, you get some great lines like "Mistah Ropah. Don't con ME."

Ultimately, it's pretty average, though I might've been willing to rate it higher had they not dragged half a zoo onto the ****ing set.