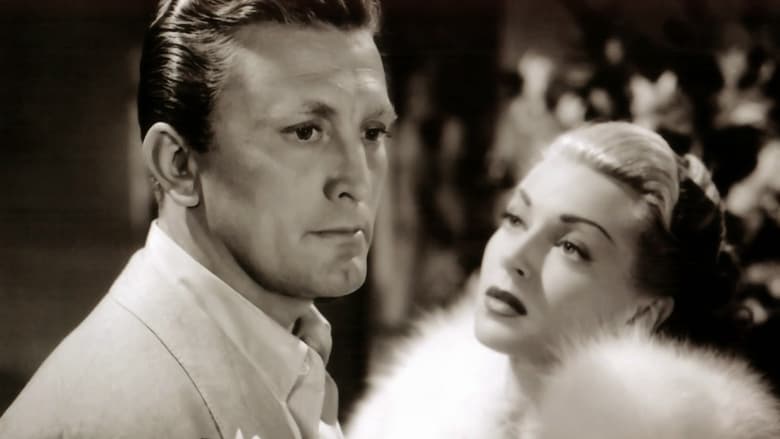 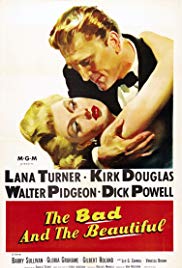 Vincente Minnelli had a penchant for mounting colorful and splashy musicals, but also had a magic touch in the area of melodrama, evidenced by 1952's The Bad and the Beautiful, a sometimes soapy but still watchable look inside Hollywood that actually won five Oscars. Kirk Douglas plays Jonathan Shields, a Hollywood wanna-be with daddy issues whose ruthless rise to the top left a lot of bodies in his wake. His story is told in flashback through the eyes of a director (Barry Sullivan), an actress (Lana Turner) and a screenwriter (Dick Powell) who are forced to relive their story for us when a studio head (Walter Pidgeon) calls them to the studio to inform them that Shields is calling from Paris and wants to work with the three of them again. 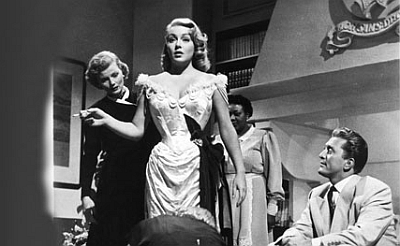 As a matter of fact, that is probably my favorite moment in the entire film, the reactions and looks on the faces of these three characters as the thought of working with this man again flashes over their faces and for this I have to credit Minnelli. We are given an immediate look at the central character and the damage he did to these people and how they haven't forgotten and never will.

Charles Schnee's screenplay doesn't quite hold up as well as Minnelli's direction...it makes the road to Hollywood stardom a little simplistic and except for Shields, it makes the rest of the characters involved look like morons but it also aids in our eventual contempt for the central character, even if a lot of his behavior is telegraphed.

As mentioned before, this was a somewhat surprising choice of material for Minnelli, who had an uncanny eye for cinematic color and art direction, which had me scratching my head as to why Minnelli would choose the shoot this film in black and white. I have nothing against black and white films, but a film set in Hollywood about Hollywood seemed to scream for color and why one of the best Hollywood eyes for movie color chose to abandon it here was a mystery.

Minnelli manages to get first rate performances from most of his cast, including an Oscar winning performance from Gloria Grahame as Powell's ambitious and trampy wife, but couldn't get behind Turner's lifeless performance as Georgia at all. This film could have been really incredible with someone who could act playing Georgia, but fans of 40's and 50's melodrama will be in heaven here.
» More about The Bad and the Beautiful
» More reviews of The Bad and the Beautiful
» More reviews by Gideon58