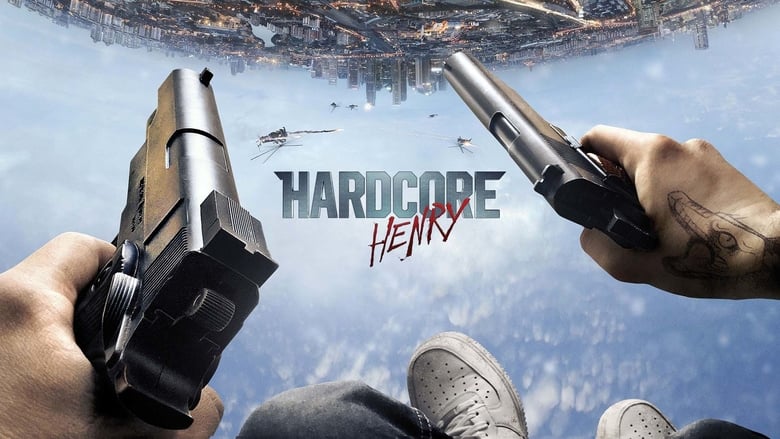 The squeamish need not apply. From the opening credits, (very similar to Deadpool's opening credits, only more violently cringe-worthy) there's a complete understanding of the film that's about to take place. If you can't get past even just the opening credits, get your refund and get the hell out of their. I've never seen a film more hell-bent on mutilating the human body in different ways than this film. Heads explode, bullets riddle bodies until they become corpses, maimings, squashings, you name it. It's in here.

Now the main gripe I read about is the plot, or lack thereof. When you've got a film this badass with a take-no-prisoner have-no-mercy attitude, who honestly gives a sh*t for the story. All that needs to be known is that a super-villain like character is creating an army of super humans in a plan to (I think?) take over the world or whatnot, and that Henry's wife is kidnapped and he must save her. Of course the story changes and theirs more to what you think is happening. That's fine with me, just give me more blood, and bullets, and explosions. And it does. Ten-fold. Possibly twenty-fold.

Aside from mostly disposable characters that most likely end up with a bullet to their head, (or worse, it's usually worse) the reoccurring character is Jimmy, played by Sharlto Copley who guides Henry though this film, changing all aspects of his personality and bringing an added humor this film would've lacked without him. He's absolutely wonderful in each of his different personas. Especially the coked-up junkie he plays in the brothel, not to mention the scene that takes place in their as well.

All In All, Hardcore Henry's demographic are boys and girls in need of an adrenaline shot to their soul, a super fast, super frantic shoot-em-up that knows the kind of violence people crave in their action film fantasies. If you think Hard-Boiled (or any John Woo film for that matter) or Die Hard, or literally any action film you think can't be topped, well from here on out the bar has been set to Manhattan skyscraper level, and that film is called Hardcore Henry.