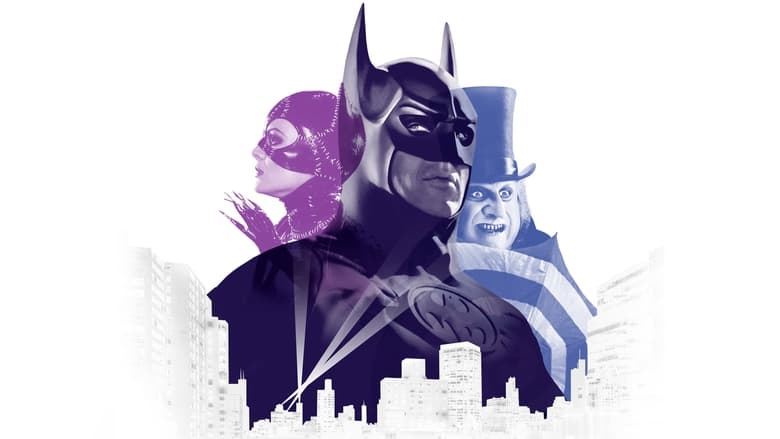 by Optimus
posted on 4/12/16
in
Batman Returns
Directed By: Tim Burton

The Story
This movie is "Dark"- very very dark. Infact; It's that dark it makes Batman vs Superman look like a bright summers day. The whole story is like something out of a horror movie with deranged characters, and a very haunted looking Gotham City. Infact, this movie is kind of f***** up in a very fascinating way. After watching both Batman and Batman Returns back to back over the weekend it was quite a surreal experience. Both movies are excellent, but both are very different. Infact; there worlds apart. Burton's first Batman movie was more grounded. Gotham City looked more like a normal city. And the story was more believable, well kind off. Now... fast forward 3 years and Gotham City now looks like a winter wonderland. This Batman movie felt alot more fantasy. It had more of a Tim Burton stamp on it... I half expected Edward Scissor Hands to pop out from behind a bush if i'm honest.

The Cast
The cast are fantastic. Michael Keaton, Danny DeVito, Michelle Pfeiffer, and Christopher Walken are exceptional. And their characters are probably the most interesting and bizzare creations to ever come from a comic book movie. The Penguin looks like he came straight from a Wes Craven movie. Catwoman is one of the sexiest movie chacters of all time. And Max Shreck is just.... well evil. Michael Keaton is great as Batman again, but i felt like the movie was more focused on the three villains than it was on him.


Movie Trivia: Warner Bros. had to constantly submit new Catwoman posters for various cities as many of the bus stop ads were being stolen. It got so bad that police officers had to patrol bus stops in order to catch perpetrators before they could break the Plexiglas containers. Today the large scale Catwoman bus ads are worth a great deal of money.

According to casting director Marion Dougherty, Tim Burton was reportedly uncomfortable with casting Christopher Walken as Max Shreck. When she asked him why he said, "Because that man scares the hell out of me." However, the decision must have ultimately grown on Burton, as Walken was cast again in Burton's Sleepy Hollow (1999).

The production wanted to use King Penguins but the only tame ones in captivity were at a bird sanctuary in the Cotswolds deep in the English countryside. So the birds were flown over to the States in the refrigerated hold of a plane, they were given their own refrigerated trailer, their own swimming pool with half a ton of fresh ice every day, and had fresh fish delivered daily straight from the docks. Even though the temperature outside frequently topped 100 degrees, the entire set was refrigerated down to 35 degrees. The birds also had a round-the-clock bodyguard. Clearly the birds enjoyed the experience as, following their stint in Hollywood, most of them had mated and produced eggs - the sure sign of a contented penguin.
Movie Highlight
My movie highlight would have to be the movie as a whole. I love the cast, the chacters, and the story. I love the whole look and feel to this movie. I love how crazy and how dark and haunting this movie looks. I love how Tim Burton wern't affraid to hold back and completly transformed Gotham City Into a fantasy land with crazy villains and bonkers action.

Verdict
Overall Batman Returns is a fantastic movie. Some may even argue its the best Batman movie to date, which i wouldn't disagree on. Both Christopher Nolan and Tim Burton delivered two very different versions of the caped crusader; both are fantastic in their own way, and both are exceptional movies that i probably couldn't pick apart.