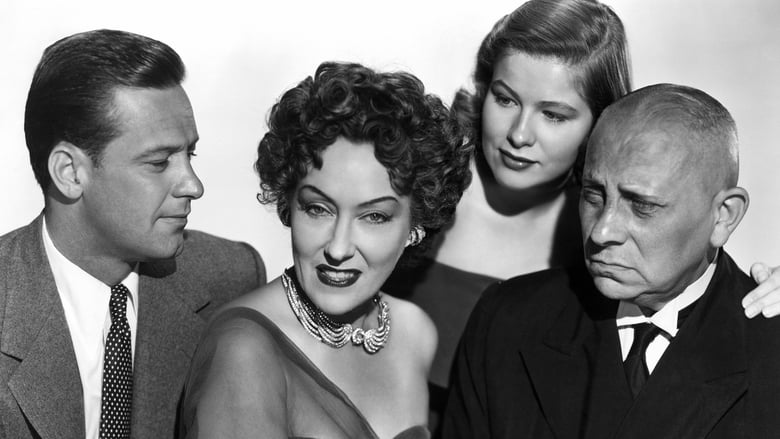 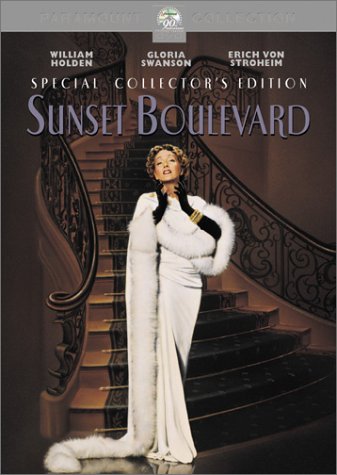 Sunset Boulevard has one of the most memorable opening sequences in film history, or so I had heard many times. My father had pestered me for what seemed like ages about how I just must see Sunset Boulevard if I was to learn more about film noir, a genre we both seemed to have an affinity for. Far be it for me to let my pop down, I convinced him to lend me his copy of the DVD. Before the review itself, a comment or two about the DVD. The transfer, overall, looks fantastic. I did notice some artifacts occasionally, but they were negligable, not hindering my enjoyment of the film at all. The menus were simple and elegant, with a classic feel in line with the atmosphere of the film. A quality DVD by all means.

The film opens with a man, yet unnamed, floating face down in a swimming pool. A deadpan voiceover begins recalling the events that have led up to this poor unfortunate man ending up in this most unfortunate position. So begins one of the strangest dark comedy/noir I have ever seen. I really enjoyed this picture. So much so that I immediately watched it again, but a mere twenty four hours later. This was two weeks ago, and now that I have had time digest this masterpiece of dark celluloid, I would like to touch on a few of the most intriguing aspects of the film.

First off, Norma Desmond. I have to say one of the most interesting and memorable characters in any film I have seen. She was wonderful! Transforming from an aging, sad delusional to a catlike predator and back again in the space of three seconds. Her facial expressions were mesmerizing. Gloria Swanson is just absolutely perfect in this role, a role which, when compared to her real life career as an actress, draws a clever parallel. In Sunset Boulevard, Swanson plays the role of an aging silent film star, who was incredibly popular in the heyday of silent film, long forgotten in the time of “talkies”, or films with sound. In reality, Gloria Swanson was an aging film star of the silent era. In Sunset Boulevard, Desmond goes on incessantly about how sound has ruined pictures, and dialouge is unimportant, yet Swanson's dialouge is completely convincing and engaging. I loved the way the director toyed with this concept.

William Holden’s Joe Gillis is the classic noir hero. A down on his luck script writer attempting to elude a pair of hard case repo men, Gillis ducks his car into a driveway on Sunset Boulevard, and in true noir form, into the labyrinth from which there will be no escape. A grand, palatial estate stands before him, and a mysterious woman calls to him from a balcony above, the siren of his doom. His life quickly becomes inextricably linked to Desmonds, a tangled enmeshment of deceit and seduction. He is in her labyrinth, as well as the labyrinth of his own troubles and insecurities that keep him from escaping the house. Gillis certainly couldn’t be locked in the labyrinth, as this house has no locks, yet he can not, and will not escape.

The atmosphere, set design, lighting, and camera work were all spectacular. Billy Wilder knew exactly what he was doing and precisely what he was saying with his imagery and dialouge. Early in the film, while Norma gives Joe a tour of the house, they pass through a room with an old pipe organ against one wall. A dreary, hollow wail is emanating from the organ and Norma comments that a draft blows through the organ constantly and is the source of the sound. Brilliant foreshadowing and allegory on this woman’s madness, again I applaude Mr. Wilder. Creative scenes like this abound in this film. I found myself reminded of Everything from The Twilight Zone, to The Adams Family, to David Lynch. I would venture to guess this film has inspired countless films and television programs.

Honorable mention goes out to Eric Von Stroheim, who plays Ms. Desmond's butler; cold and solemn, he adds a spooky edge to many scenes. Nancy Olsen is also well cast as Betty Shaefer, the sole beacon of hope, trying with all her might to save poor Joe, but alas, this is film noir. Simply put, one of the best film noir I have yet to see.