Where something like Battle Beyond The Stars already appeals to me on a surface level, Tombstone has already stuck one stirruped foot into the grave by the time it gets to me.

If offered the choice I will always take the fantasy movie over the historical drama, no question.

So to say I'm not judging Tombstone purely on the merits of it's story, presentation, acting, and action is correct. However my judgment will reflect not just those things, but also all the distracting STUPID **** in the background.

In this movie, Kurt Russel plays Wyatt Earp by putting on a silly mustache and acting so intense that after a while you stop wondering whether it's real or not. From here on out I will refer to him as Wyatt Kurt.


We get a Sam Elliot voice over telling us about The Cowboys being "the first organized crime in America" and over the first 50 minutes all we really do is flip back and forth between The Cowboys being ******** and then idling around cementing our protagonists as hard as possible to the point I'm like, "I get it, Wyatt Kurt's gonna fight 'em, get on with it".

It's at this point someone might argue that "Well, that setup is part of history, we shouldn't leave that stuff out" to which I say, "Boring history makes boring movies". Besides, we glamorize the Old West plenty as it is. I don't see any band marks on their foreheads when they take their hats off THIS MOVIE IS TOTALLY UNREALISTIC!

Anyway, after those first 50, The Cowboys finally butt heads with Wyatt Kurt and until the hour and 30 minute mark they make passes at each other all with the obvious goal of killing off Wyatt's brothers and bringing us to the last half hour where Wyatt goes stone cold cheese on everybody, culminating in The Cowboys suddenly suffering from Stormtrooper Arthritis just in time for the hilariously dramatic "NO" scene where he kills the Cowboy leader who's totally Dave Grohl from Foo Fighters. 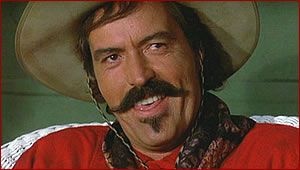 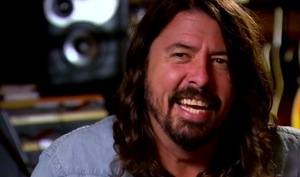 I'll be honest, the action sequences are really good and they tie in perfectly with the dramatic uncertainty that comes with each character's decisions. The showdown, Bill Stacheton getting shot in the back, and... other less memorable scenes are all pretty fun and for the most part the intervening drama is appropriate.

For the most part.

I like the conflict between Wyatt Kurt and his brothers and Val-Kilmer-with-a-fake-mustache as Doc Holliday (one of extraordinarily few character names I can remember and that one's only because they actually spelled it out for me at the end) and I even think The Cowboys had an appealing level of personality to them. ...that's it though.

Literally any other scene I don't give a crap about and that includes every single scene where any female character had even the slightest hint of focused screentime because you get **** like this:

All of these scenes are awful. But what's more awful is the fact that as a western Tombstone subscribes to the philosophy that it's okay to **** with horses just because. The worst scene in the whole movie is this bit where Wyatt Kurt interrupts a man whipping a horse: 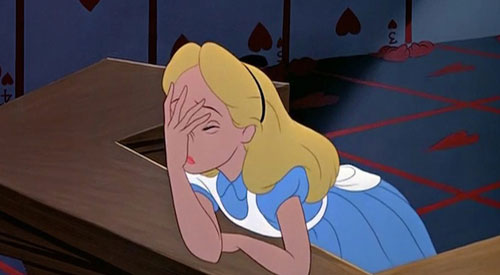 Look, I know what they're doing here, they're trying to establish Wyatt as being the sort of person who would go out of his way to correct injustices, but there are SO MANY LEVELS OF WRONG to this, I need a checklist.

POINT NUMBER UNO:
Wyatt Kurt doesn't logically follow through on his appeal to empathy.
So he's against horses getting whipped because they don't like it. Unlike WHAT!? Saddling them up, stabbing them in the sides with stirrups, and running them into gunfire purely because it suits your interests? You don't stop any of the carriages that pass you by whipping the horses pulling THEM. **** you, Wyatt!

POINT NUMBER DEUX:
The creators don't logically follow through on their appeal to empathy.
Could you BE anymore disingenuous? You want to act like you a have some sort of standards, but you're LITERALLY WHIPPING A HORSE IN THAT SCENE, JUST SO YOU CAN SAY IT'S BAD TO WHIP HORSES. That's like shooting someone in the face and going, "Okay, that's bad, right? I shouldn't do that. Now you know that I know that it's bad to do that." You're still subjecting horses to the rest of this ****ing movie! **** you, Hollywood!

POINT NUMBER 三:
The uploader of this video doesn't know how to recognize self-contradicting examples.
The video description reads:

A Demonstration of the Virtues of Violent Resistence to Animal Abuse
By 'virtues', this video is obviously being taken to mean, "**** yeah! That's what you get for abusing animals!" when the video itself was only made BY abusing animals. This isn't an effective demonstration of justice when it requires creating injustice to demonstrate! That's literally feeding directly into the scheme where the villain causes a problem and makes themselves look good by solving it. **** you, attacksquirrel1982!

POINT NUMBER चार:
The one commenter on this video is an idiot.
It reads:

PETA could learn a thing or two from this transaction.﻿
Are you kidding? PETA's been pulling this **** for ages. Them and the American Humane Association, the same dickwhistlers who gave movies like Tombstone that "No Animals Were Harmed In The Making Of This Movie" pass which has NEVER ACTUALLY MEANT ANYTHING EVER.

Stop calling them 'animal actors'. 'Actors' suggests an intention to deceive and 'intention' implies consent which is most definitely not what this is.